Tom Cruise And Katie Holmes Gearing Up For A Divorce Battle: Katie Wants Sole Custody Of Suri And Major $$$! 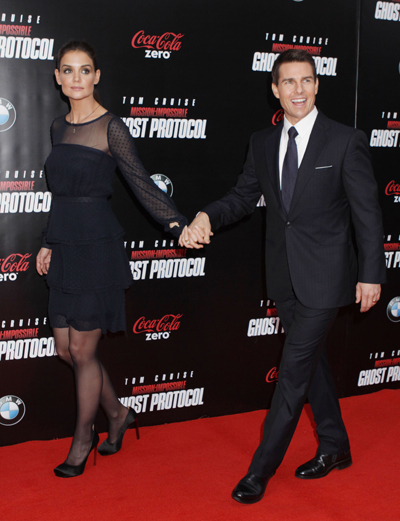 We’ve just learned the shocking news that Katie Holmes and Tom Cruise are divorcing after five years of marriage, and, already, it seems like their split is getting nasty!

According to TMZ, Katie is the one who filed for divorce on June 28th in New York, and she did it anonymously, hoping to keep the news under wrap for as long as possible. (Hah!)

Considering that the 33-year-old actress waited until after Tom was done with his promotional duties for his summer movie, Rock of Ages, it seemed like the divorce filings were well-thought out, but supposedly Tom was “blindsided” by Katie’s filing and did not see it coming. Related: Breaking News: Katie Holmes’ Lawyer Confirms Divorce From Tom Cruise

Adding to the drama, Katie cited “irreconcilable differences” and is asking for sole legal custody of their 6-year-old daughter, Suri Cruise, as well as a “suitable amount” of child support from Tom.

And although Tom was once so consumed with his love for Katie that he jumped on Oprah’s couch, we seriously doubt that he is going to give her everything she wants without a fight!