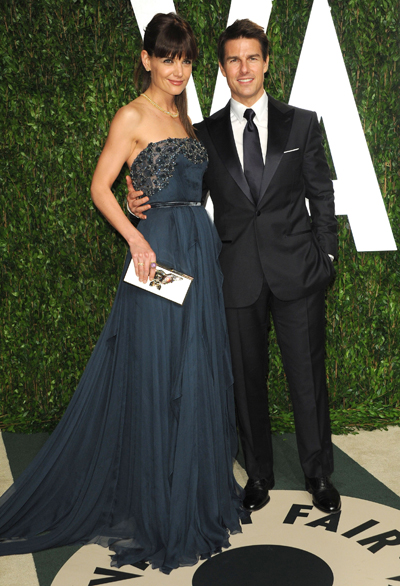 Are Tom Cruise and Katie Holmes the latest Hollywood couple to divorce? Sadly, that seems to be the case, reports People.

In an exclusive statement, Katie’s lawyer, Jonathan Wolfe, confirmed the report, saying: “This is a personal and private matter for Katie and her family…Katie’s primary concern remains, as it always has been, her daughter’s best interest.”

This news comes after five years of marriage and many rumors that Katie was unhappy in the relationship, despite the fact that he had been her childhood crush when she was growing up. Report: Tom Cruise Is Caught Cheating On Katie Holmes With Another Woman (Photo)

This was the third marriage for the 49-year-old Rock of Ages star, who was previously married to Nicole Kidman and Mimi Rogers, and the first marriage for Katie, 33. They have one child together, 6-year-old Suri Cruise.