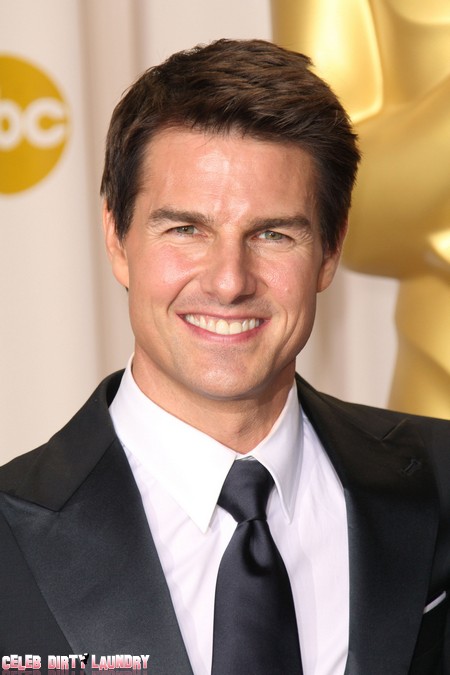 Tom Cruise’s last wife, Nicole Kidman, his current one, Katie Holmes had an awkward run-in at a Los Angeles bar. The past and present Mrs. Tom Cruises did a double snub as they apparently tried to dodge each other when they came face-to-face at Soho House, the Hollywood private club.

A source told Life & Style mag:  ‘When Katie walked upstairs to the lounge, she saw Nicole and immediately looked away like she was trying very hard to avoid eye contact with her.  It was like she was taken off guard – it was like a standoff!  They didn’t even say hi.  It was so awkward!’

‘She just looked at Katie, then looked away.  But after Katie noticed Nicole in the lounge, she quickly walked to the patio area.’

Nicole and Tom’s adopted two children who now live with Tom – Isabella, 19, and Connor, 17.  They chose to live with their dad following their parent’s 2001 divorce, and to add insult to injury they even call his current wife Katie ‘mom’.

SEE: Will Isabella be inviting Nicole to her wedding?

Katie has said previously:   ‘His first two children are incredible, really smart and kind.’   ‘They call me Mom.’

Nicole has daughters Sunday Rose, three, and Faith, one, with her country singer husband Keith Urban insists she respects her older children’s decision.  Ya right…

Nicole told Hello mag:  ‘They live with Tom, which was their choice.’  ‘I’d love them to live with us, but what can you do?’

What was a practicing Scientologist doing in a bar anyway?  These cultists are never permitted to take mind altering drugs.  Could Katie be breaking away from Tom’s influence?