Tommy Marth Of The Killers Shoots Himself And Commits Suicide (Video) 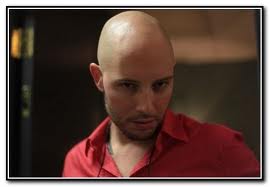 It’s a sad week in the music industry as the news emerged that Tommy Marth, a saxophone player for The Killers, was found dead at his Las Vegas home on Monday with the cause of death officially ruled as a suicide.

The 33-year-old sax player toured with the band throughout 2008 and 2009 and contributed to the widely successful albums Sam’s Town and Day & Age.

The Killers tweeted:  “Last night we lost our friend Thomas Marth. Our prayers are with his family. There’s a light missing in Las Vegas tonight. Travel well, Tommy.”

While very little details have been released, Marth was found with a self-inflicted gunshot wound to the head.  That sounds pretty final. There’s no word as to whether drugs or alcohol played a factor.  Sad, sad news.