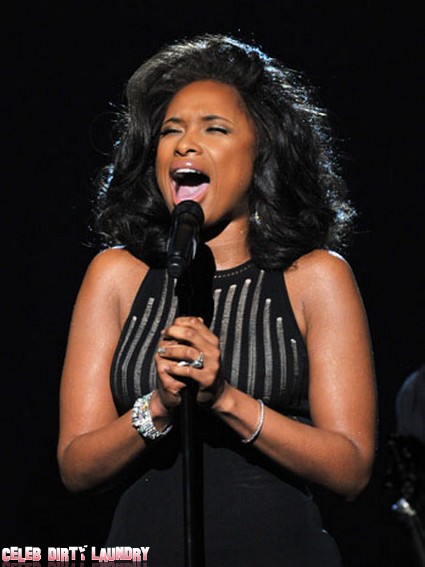 The Grammy Awards are over for another year so it’s time to bitch, diss, praise, slam, honour and dissect the music industry’s night of nights. So without further ado here is the Celeb Dirty Laundry Top 5 Grammy moments for 2012.

1.Jennifer Hudson singing I Will Always Love You. J-Hud had the toughest gig of the night – paying tribute to Whitney Houston. Despite breaking down in rehearsal she pulled it together on stage and brought the house down. Many thought Beyonce should have been behind the mic but Jen proved them wrong. She even had the Whitney hairstyle as an added nod to the late diva.

2.LL Cool J‘s prayer. The host wasted no time paying his respects to Whitney. He opened by leading the audience in prayer. That’s a first for a music awards show! It’s been revealed the prayer was all the former rapper now NCIS LA star’s idea. He suggested it to the Producers and they said ok.

3.Katy Perry‘s revenge. The singer decided to debut her new track Part of Me – which was an obvious one finger salute to ex husband Russell Brand. The  lyrics said it all ‘you chewed me up and spit me out! I just wanna throw my phone away. Find out who is really there for me ‘Cause you ripped me off, your love was cheap‘ You go girl!

4.Adele‘s comeback. The Brit made a triumphant return after throat surgery last year. She sang her mega hit Rolling In The Deep and got a massive standing ovation.

5.Nicki Minaj out doing Lady Gaga. Miss Minaj looked like Little Red Riding Hood from hell! Her Versace outfit was an obvious cry for attention and in total bad taste. She even arrived on the arm of a lookalike Pope. She did manage the impossible though – out Gaga-ing Lady Gaga herself.

Check out the photos of our Top 5. Do you agree?