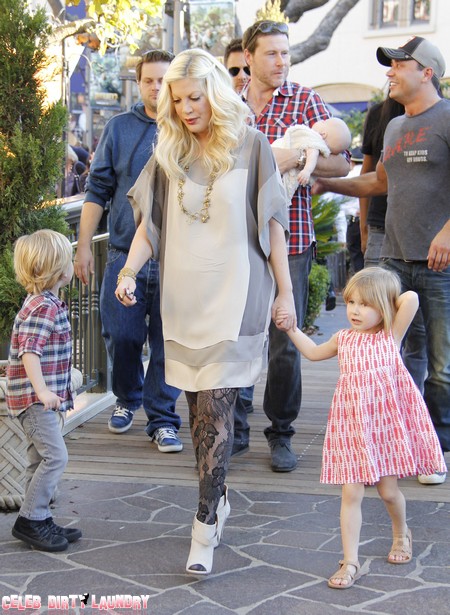 Tori Spelling has announced she is expecting another baby with husband Dean McDermott, which will be a little brother or sister for Liam, five, Stella, three, and five-month-old Hattie.  Looks like Tori is making her own baseball team!

Writing on her website, Tori said: “Dean, Liam, Stella, Hattie, and I are beyond thrilled to announce that another little McDermott is on the way! We feel truly blessed that another angel has found us. Love, Tori xoxo.”

Tori – who married Dean in May 2006 – has made no secret of her desire to have a large family and said soon after Hattie’s birth that she wanted another one.

Dean, 46, added:  “As soon as I saw it was positive and it was a pregnancy, we both thought we need to have a fourth – at the same time.”