BY Renier Palland on May 29, 2012 | Comments: Leave Comments
Related : Celebrities 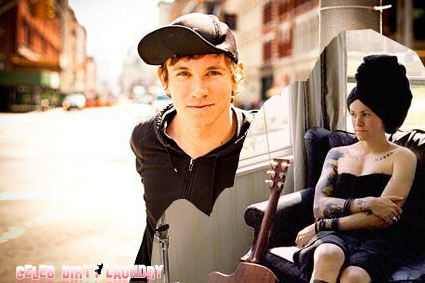 The punk rock band Against Me! formed in Florida in 1997 with lead singer Tom Gabel, who recently came out in May 2012 as a transgendered person. On Friday, in San Diego, Gabel performed for the first time as Laura Jane Grace amid massive support from fans.

Tom Gabel recently revealed her decision to the media and commented on her inspirational story, “Right now, I’m in this awkward transition period. I look like a dude, I feel like a dude and it sucks! But eventually I’ll flip and present as female.” Gabel also revealed that she would continue performing with Against Me! and is quoted as saying, “However fierce our band was in the past, imagine me, six-foot-two, in heels, f****** screaming in someone’s face!”

Herndon Graddick, President of the Gay and Lesbian Alliance Against Defamation commented, “Tom is displaying extraordinary courage by coming out as transgender after already establishing herself as a rock star. For many of the band’s fans, this may be the first time they’re actually thinking about transgender people and the bravery it takes in order to be true to yourself.”

Tom Gabel has become the quintessential symbol of courage in the LGBT community and is critically lauded for her watershed moment in punk rock music. She told Rolling Stone Magazine after her performance on Friday that she was afraid people “expected me to come out as Little Bo Beep or something.” Tom has a supportive wife Heather and a 2 year old daughter, Evelyn.

The Thrash Unreal! group is currently touring with The Cult and this was the perfect time to have had Tom step out as Laura, in a sensitive setting, with thousands of adoring fans. She is currently two weeks into her hormone replacement therapy and will undergo a year of psychotherapy before fully changing into a woman. She commented on her surgical transformation and her fear of surgery by saying, “I’ve needed to have my wisdom teeth removed for years, I still haven’t.”

The group performed six new songs at their Friday night concert, including the latest one, “Transgender Dysphoria Blues”, which is a testament to the struggle Gabel has endured for the past few years.

She has completely redefined the punk rock genre with her coming out of the transgendered closet, receiving widespread support from fellow musicians and peers. Many industry insiders believe that the moment she stepped out as Laura, the punk rock genre changed forever, being even more liberal and inclusive than it has ever been.