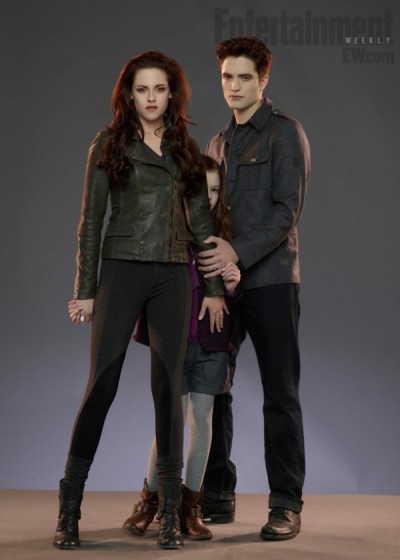 Yes, if Edward was real (or alive for that matter) his birthday would be celebrated on June 20. So in his sparkly honor, Lionsgate and Summit Entertainment are debuting the full teaser trailer online at 8:30 a.m. EDT on Wednesday. But for those of you who can’t wait, the studios are also granting a 10-second sneak preview tomorrow at the same time, DigitalSpy reports.

How will we wait!? In the last trailer, fans already got an excruciatingly short idea of what Kristen Stewart’s character Bella Swan would look like since she finally got her wish and transformed into a vampire. It was kind of a let down. It only showed Bella running through the forest and a smug Edward rubbing all up on her skin revealing they were now the same temperature. We managed to catch a shot of her amber eyes straight into the camera though which was pretty fun!

The studios have been creating a lot buzz for the film lately. Just last week CDL reported the first shots of Edward and Bella’s halfsie baby, Renesmee, which only got fans hungry for more. Breaking Dawn 2 is the fourth and final movie in the Twilight Saga though there are rumors that writer, Stephanie Meyer, wants to reboot the franchise.

What do you hope they show in the next trailer? Do you want to see more shots of Renesmee? Or are you more excited about the vampire sex scenes that keep Edward and Bella occupied for a few chapters? Whatever they show I’m sure it won’t disappoint!