‘Twins’ Sequel In The Works For Danny DeVito And Arnold Schwarzenegger 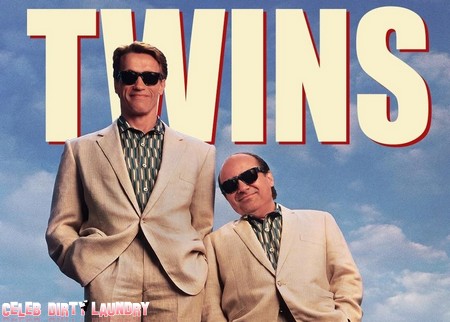 I thought this day would never come!  Who remembers the 1988 hit with Danny DeVito and Arnold Schwarzenegger, Twins?  It was the best ever!  The two played long lost twin brothers and the chemistry between the two veteran actors was undeniable.

So when I came across the news that there might be a follow up to the film – Triplets, I was more than thrilled.  Then came the even better news that the follow up film would not only reunite Danny and Arnold, but also add Eddie Murphy into the mix as a third brother.  Ah-mazing.

Although the project doesn’t have a green light as of yet, the hunt is on for writers to develop the idea. Ivan Reitman, who helmed the original, is also in talks to act as producer.  Oh please, oh please make it happen!!!