BY Rosie Leblanc on February 20, 2012 | Comments: one comment
Related : Preview, Spoiler, Television, Two and a Half Men 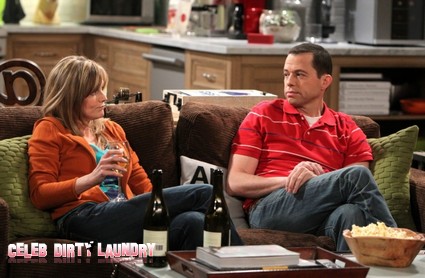 Did you see last week’s episode of Two and a Half Men when the men got stranded with their girlfriends in a storm? If not, you can catch the full recap HERE.

Tonight’s episode is titled “Not In My Mouth” and it’s the seventeenth episode of the ninth season. Tonight, there are two relationships on the rocks, not only are Walden and Zoey in trouble but so are Alan and Lyndsey. Apparently, a ‘near death’ experience causes Walden and Zoey’s relationship to suffer, I’m surprised that Zoey’s lack of interest in her sex life with Walden didn’t cause it first. After Zoey supposedly won’t tell Walden that she loves him, Walden returns home and meets Jennifer in the elevator, only to bring her home, much to Alan’s surprise. Walden asks Alan for advice, should he break up with Zoey because she won’t say she loves him?

Meanwhile, Alan is worried that Lyndsey has a drinking problem. Some signs of a drinking problem are heavy drinking, drinking in dangerous situations, change in mood or behaviour; I wonder what is making Alan think she has a problem!

Official Synopsis: “Not In My Mouth” A brush with death drives a wedge between Walden and Zoey; Alan wonders about Lyndsey’s drinking habits.

Check out the full exclusive EXTENDED preview below and don’t forget to come back for our full official recap, only on Celeb Dirty Laundry.