BY Rosie Leblanc on February 13, 2012 | Comments: 2 comments
Related : Recap, Television, Two and a Half Men 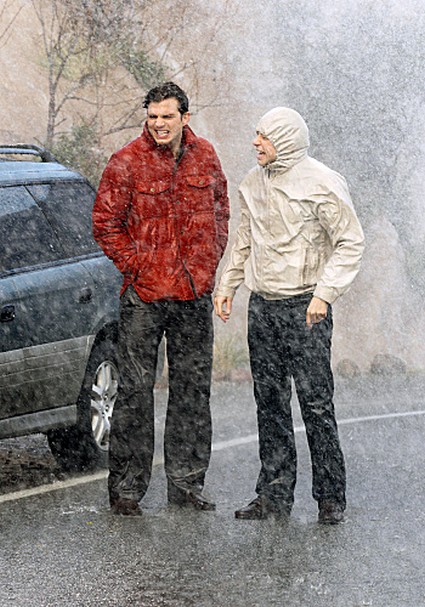 CBS’s Two & A Half Men is back tonight at 9PM with an all new episode called ‘Sips, Sonnets and Sodomy.’  Stay tuned as we live blog the show with all the up-to-the-minute details.  Last week Walden tried to get Zoey to relax by introducing her to Berta’s “enhanced” brownies, but they really didn’t work, what will he do this time to get her to relax when she and everyone else will be so stressed out about being trapped together?  If you missed the show you can read our official recap here!

On tonight’s show tempers flare when Walden, Alan, Lyndsey and Zoey are trapped in the house during a storm for a sequestration that might result in another Valentine’s Day massacre.  I’m just wondering how much more Zoey can take of this relationship with Walden, will tonight be the final straw?

‘Sips, Sonnets and Sodomy’  airs tonight at 9PM and we will be live blogging the show with all the up-to-the-minutes details, so come by and spend the evening with us. Make sure to refresh often to get the most current updates!  While you wait for the episode you can read some spoilers and see a sneak peek video here!

RECAP: Alan is rubbing Lyndsey’s feet when Walden and Zoey come in from the opera. When Alan tells Zoey that Lyndsey doesn’t like the opera, Zoey insults her by saying that the opera requires refined taste.

Zoey and Walden are in bed making out and Zoey can’t help talking about Lyndsey and wonders if she thinks she’s snobby and condescending. Meanwhile, Lyndsey and Alan are in bed and the same thing is going on, Lyndsey calls Zoey “a stuck up English muffin”.

Later, Lyndsey apologizes to Alan for ruining their night when she hears Zoey moaning and screaming in the other room. Lyndsey decides that two can play at that game and she starts making sounds as well and neither knows, the other isn’t having sex.

The next morning, it is Valentines Day and both men meet in the kitchen and share thoughts on how each other were having a great night. All of a sudden, Walden tells Alan the truth, all that noise and he had nothing to do with it. Alan tells Walden that he actually had the best sex of his life.

The two women meet on the stairs and when Zoey tells Lyndsey that she slept like a baby, Lyndsey tells her that she hopes she didn’t wet the bed.

The two women are still going at each other in the kitchen and two men look like they want to run out of the kitchen. Lyndsey has a a little Valentines poem for Zoey, “roses are red, violets are blue and you can bite my unrefined white ass”.

A storm is brewing, the four realize that they are not going anywhere. The tension between the women escalates when Lyndsey rolls up her sleeves to knock Zoey off her tuffet and Zoey tells her, “bring it on Snooki”.

Later, in Walden’s bedroom, he tells Zoey that Lyndsey is not that bad which Makes Zoey really mad at him. Meanwhile, Alan is in his room reading a book when Lyndsey tells him that she started her period and needs tampons. Alan mumbles, “my bloody Valentine”. Lyndsey tells him that he has to go to the store and Walden heads out with him to get out of the house and away from the tension between the women.

The women are alone, Zoey is looking for Walden and Lyndsey tells him that he went for a walk with Alan. Zoey asks if she can share her wine and Lyndsey tells her that she probably won’t like it because it’s domestic. Meanwhile, Walden tells Alan that if things don’t improve between the women, he may have to find a new place to live, Alan tells him that he can always find a new girlfriend.

The men continue their walk and Alan gets swept away by a mud slide with Walden watching on. Meanwhile, the two women are drinking wine and actually start to bond and Lyndsey thanks Zoey for the tampon, she really didn’t need to send Alan out after all. Outside, Walden and Alan are stuck in the storm with Walden holding on to him for dear life when Lyndsey calls and asks him to pick up ice cream.

That’s it, another week done and we finally see the two women come together!