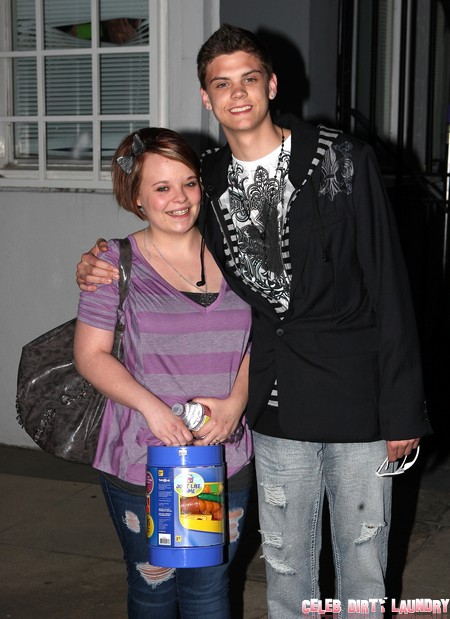 Relationships are hard—even without a baby! Catelynn Lowell and Tyler Baltierra are the Teen Mom couple everyone loves to hate. Most agree that, since they put their baby up for adoption, they shouldn’t be on the show. They aren’t parents, despite their constant discussion of baby Carly. Whether or not seeing your daughter once or twice a year constitutes parenthood, they’ve stuck together, dreaming of a day when, degrees in hand, they’ll start a family and prove to Carly that they are good people. The duo got engaged several years ago but only set a wedding date this fall. Catelynn has already found a gown for her Summer 2013 wedding, but it sounds like there is trouble in paradise.

Last viewers saw, Cate and Tyler were living in a mobile home in Michigan. Both were in school with plans to work in social services someday. But now, Tyler has gotten an apartment in New Orleans and is spending time there on “business.” I don’t know what business he has other than being a student, but the distance can’t be a good sign. Meanwhile, Cate is at home attending classes. Rumour is that Tyler has dreams of being an actor, and, you know, New Orleans is where all hopefuls go . . . oh wait, that’s Los Angeles or New York. Whoever told him Louisiana is the place to make it big must be having a laugh.

Their relationship has been marred by jealousy—mainly that Tyler is a bit of a party boy, where Cate seems to prefer staying in and eating McDonalds. Tyler and Catelynn have been tweeting about the move, most recently Tyler said, “Ok so let the anxiety kick in!!! Moving out by myself, new city, new culture, freaking out! Gonna miss [Catelynn Lowell].” I have to say that I don’t see their relationship surviving this. For so long the only thing they’ve had in common is their daughter and their passion to work with kids someday. Catelynn wants to be an adoption counselor, while Tyler said he wanted to be a child therapist of some sort. How can their relationship thrive when he’s done a complete 180 and gone from do-gooder to failed actor?