Uh-Oh…Is There Another Photo Of Kristen Cheating About To Come Out? 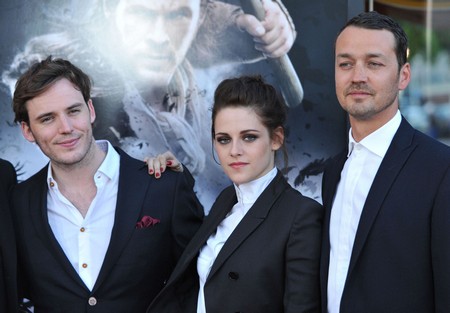 I just can’t take it anymore!!! Along with my entire fellow Twi-hards out there, to say that I am absolutely devastated over Kristen Stewart’s recent omission that she did indeed cheat on Rob Pattinson with her Snow White And The Huntsman director Rupert Sanders.

Why would she ruin things when all was so well?! Apparently, and sadly, the relationship wasn’t as peachy as we all thought. And with the pictures in Us magazine to prove it, it’s going to be very tough for my poor, poor Robbie.

A day after Kristen issued a public apology to her boyfriend of four years, Rob– it seems that she is in more hot water. People magazine is said to have an exclusive photo of Stewart and Sanders together having a cozy dinner in Berlin, Germany. Now, I’m not trying to defend her, but this can be legit right?

And for one second can we entertain the idea that this fling isn’t as bad as the public is making it to be? I mean, maybe it was a one-time thing and she was on some serious antibiotics? Either way, it’s going to be tough for Rob to forgive her on this one, with everyone and anyone knowing what she did. If I were her I wouldn’t have said anything at all, and kept the media out of it in hopes of saving her relationship privately. I know, this is me talking but I’m all about them working this horrible tragedy out.

According to Gossipcop, they claim that Stewart never had sex with the director. So that counts for something right? Right??