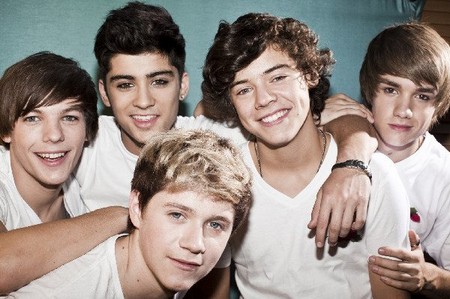 One threat is that the Americans will be chased with “spoons and carrots,” which is apparently a reference to UK One Direction inside joke. The US band mates have all got threats but one was even aimed at Sean O’Leary (the band’s frontman) father, Dan who manages the group.

Sean said:  “There has been so much hate mail, like people threatening to cut our b***s off.  The one that stands out for me is a girl saying she wanted to kill my father.”

The US One Direction actually mentioned that they’ve been using the name before the UK one, since 2009, stating that fans saying their band name is a copy of UK’s One Direction are just “confused.”

This is probably the worst thing about boy bands, the fans. They can be some of the most stupid people in the world; they’re so ignorant and believe that everything bad said about the band is wrong. Hell, the band members could support Nazism and these fans would be all for it they’re so pathetic.

To be honest I’ve never listened to One Direction even once in my life – neither US nor UK, they just don’t seem interesting me. Nothing new here, just another Justin-Bieber-like faze to me so it was a matter of time until the fans showed this sort of crap.

SEE: Justin Bieber Defends Selena Gomez And Warns One Direction’s Niall Horan To Back Off

Speaking of Justin – he is one Canadian who is not impressed with the British boyband  – he practically gave UK One Direction’s Niall Horan a beating when the punk made a move on Selena Gomez during the Kids Choice Awards.