Vanessa Paradis Warns Amber Heard To Stay Away From Her Children 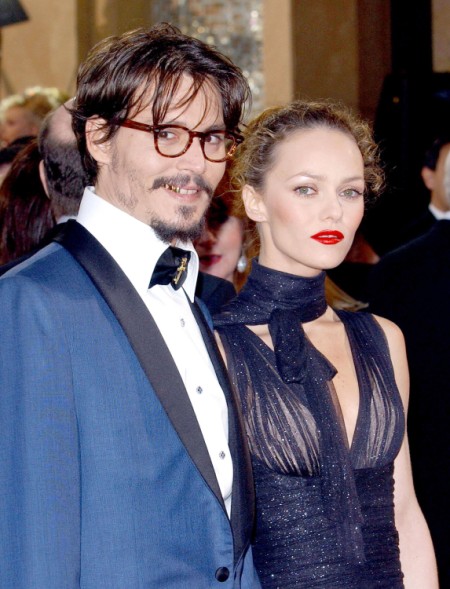 Never mess with a woman scorned and Vanessa Paradis is calling out Johnny Depp’s other woman, Amber Heard, for her home wrecking ways and warning her to stay away from her children.

Vanessa has kept a low profile since the split was announced and was only spotted looking for houses in Los Angeles. She has two children with Depp: Lily-Rose and Jack, and is determined to keep them close to him, but away from his mistress. “Vanessa’s devastated that Johnny’s dumped her,” a source told Now magazine. “She blames Amber and calls her a man-stealing, two-bit nobody and has vowed to not let her anywhere near their children Lily-Rose [13] and Jack [10].”

I can’t imagine a French woman using the phrase “two-bit” can you? Although it’s been rumored that Johnny was kicking it with a few women on the side, Amber seems to be the one that’s sticking. His Rum Diary co-star has accompanied him to premieres (although has remained hidden) and has visited him on the set of his new movie, The Lone Ranger, where they go horseback riding together.

Now revealed that Johnny and Vanessa are planning to meet soon to go over the details of their split. The Amber question will have to come up then as well I would imagine. If Amber had an empathetic bone in her body she will stay away from those kids as long as she can for Vanessa’s sake. That’s got to be so hard. Not only do you have to send your kids off without you to visit their father but you have to wonder if another woman is around.

There’s a right way and a wrong way to handle this. Unfortunately, Vanessa’s still so hurt she’s not thinking rationally. I can’t blame her. She probably wants to kill Johnny, but she can’t, so she’ll turn to the next best thing – Amber. It takes two to tango yet women always love to blame the mistress instead of the two-timing husband. I’m not going to hate on Vanessa though. Johnny’s people tried to spin the story that Vanessa’s crazy antics drove him into another women’s arms. Whatever. A man cheats because he wants to cheat. Period. Unfortunately, Johnny made the mess and Vanessa just has to clean it up and deal with it.

Side note. Who’s the biggest winner in the Katie Holmes and Tom Cruise divorce? Johnny Depp. Have you even thought about his split with Vanessa the last few days? Me neither. He should send Tom some flowers!

Do you think Vanessa’s reaction to Amber is justified or is she only making everything worse?