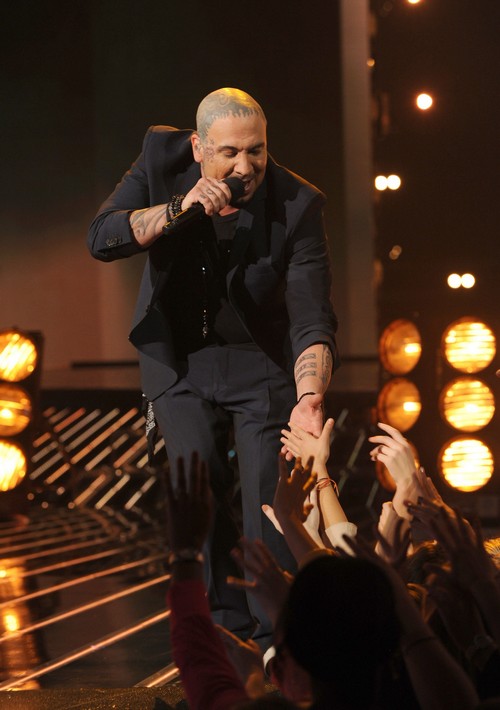 Vino Alan  was eliminated during tonight’s  elimination episode of The X Factor USA.  If you missed the results show and want to see who else was sent home, we recapped it here for you!

On last night’s X Factor performace show the Top 8 performed songs that hit Number One on the charts live in front judges Simon Cowell, Demi Lovato, LA Reid and Britney Spears. That also meant there were lots of ballads, emotional performances, and special dedications to those they are were most thankful for.

Vino Alan took the stage tonight on THE X FACTOR USA for her Top 8 video performance. Vino Frey sang “You’ve Lost That Lovin’ Feeling” by The Righteous Brothers.  He really was one of my favorite artists in the competition and I am sad to see him go.

Our reviewer Renier – thoughts Vino was not up to part last night – here are his comments – Vino Alan – Mentored by L.A. Reid – You’ve Lost That Lovin’ Feeling by The Righteous Brothers – What the freak happened? How did Vino go from America’s hero last week to a strange-voiced creature this week? Instead of being a rock crooner, Vino turned into a caricature and a parody. His contrived hand gestures and poor vocals did not bode well for this classic number. Oh, and it was really, really, really boring. OUR SCORE – 4 out of 10.