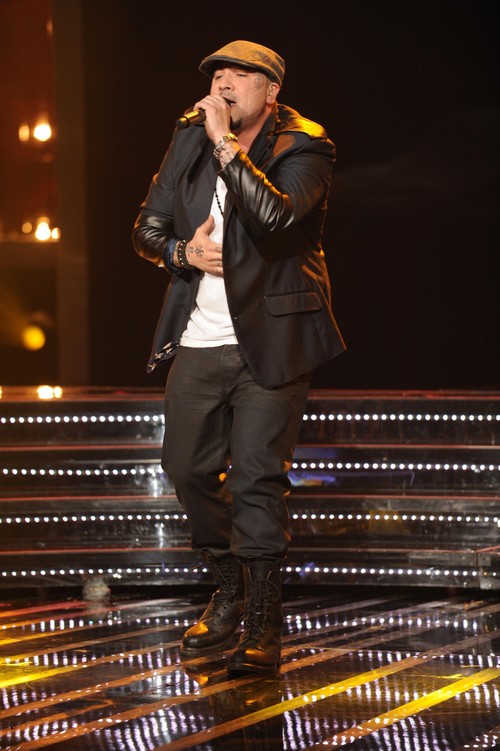 Vino Alan took the stage tonight on THE X FACTOR USA for his Top 10 video performance. Vino Alan sang “You’ve Lost That Lovin’ Feeling” by The Righteous Brothers. Tonight’s show the top 8 performed live in front of coaches Simon Cowell, Britney Spears, Demi Lovato and AJ Reid for America’s vote and to make it another week.

Judges’ Comments: Vino Alan has struggled this week in rehearsals and changed songs at least once. His version of You’ve Lost That Lovin’ Feelin’ really suits him but I’m still not a fan. He sounds really good so I have no idea why I just can’t invest in Vino, but clearly I seem to be in the minority. Okay, Britney agrees with me because she feels like it’s the same thing each week- and Demi agrees. Simon wanted it to all end by the halfway point.