Was Peter Facinelli Cheating On Jennie Garth? The Couple Denies The ‘Hurtful’ Rumors 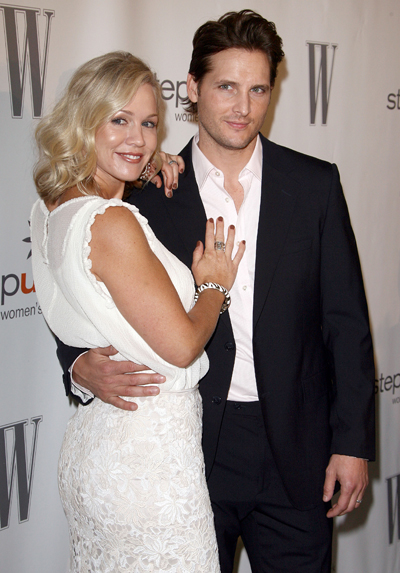 There’s a story behind every celebrity split, and in the case of Peter Facinelli and Jennie Garth, who announced this week that they were divorcing after 11 years and 3 kids together, some people have wondered if  cheating was the cause of their breakup.

According to this site, the 38-year-old Twilight actor reportedly had an affair with a 20-something woman he met while filming Breaking Dawn: Part Two in Vancouver:

“Peter had been seeing another woman for quite some time,” said a source to ScallywagandVagabond.com. “They tried to make it work for the sake of their children and Jennie played housewife for as long as she could but finally had enough.”

The insider also added that Jennie knew about the affair, but it wasn’t the only reason the couple decided to call it quits on their relationship:

“As a lot of couples do, they simply grew apart. As the mother of his children, Peter still loves Jennie very much and vice versa.” Related: Peter Facinelli And Jennie Garth Call It Quits

However, in a statement to People, the couple denied the infidelity reports, calling the allegations “hurtful” :

“There are rumors out there which are completely untrue and hurtful to our family. We just want to make it very clear – there are no third parties involved.“

Readers, what do you think: did the couple simply grow apart, or is there more to their breakup than what there seems?