Whitney Houston Dead At Only 48 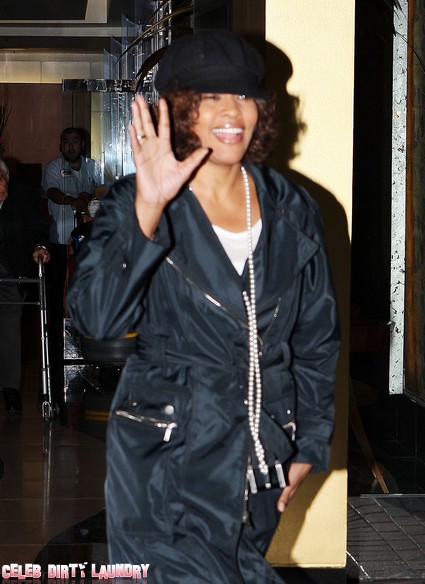 Whitney Houston died this afternoon according to a representative for the singer who released the news to the Associated Press.

Whitney was down and out recently with stories circulating that she was broke and begging friends for handouts.  Her long term deadly drug abuse had destroyed her career and her voice. There were even rumors yesterday that she would be offered a job on the X Factor USA.

Whitney has won two Emmy Awards, six Grammy Awards, 30 Billboard Music Awards, 22 American Music Awards during her record-breaking career. Her album “Whitney” was the first female album to ever debut at #1 on the Billboard Charts. She has made more than 200 albums in her career.

Houston had one child, Bobbi Kristina, with husband Bobby Brown. Houston and Brown were married from 1992-2007.

Publicist Kristen Foster said Saturday that the singer had died, but the cause and the location of her death were unclear.

This tragic loss is as yet unexplained – we will be following the story… .

UPDATE:   According to a law enforcement source Whitney Houston died Saturday and her body was found in the Beverly Hilton Hotel.   Emergency medical personnel were called sometime Saturday, said the source, who asked to remain anonymous as the investigation is ongoing.  As of 10 p.m. EST authorities are still attempting to determine a cause of death.

LATEST UPDATE: Sources say a member of Whitney’s entourage found her unresponsive in her room at the Beverly Hilton hotel and called hotel security who in turn called 911. Police arrived within minutes and firemen were already there on an unrelated call. Paramedics performed CPR on the unresponsive Whitney but failed to revive her.

Whitney Elizabeth Houston was pronounced dead at 6:55 p.m. EST. TMZ says there were no obvious signs of foul play, but Beverly Hills PD detectives have begun a full investigation.

Beverly Hills police have sealed off the room where Whitney died and will not enter until they obtain a search warrant according to TMZ. Law enforcement sources say that the police want to conduct a thorough search of the hotel room, but are making sure to go by the book and are getting a warrant first. Police suspect that drugs could be present in the room.