Whitney Houston Was Leading A Double Life: More Details About Her Tragic Death And Legacy (Photo) 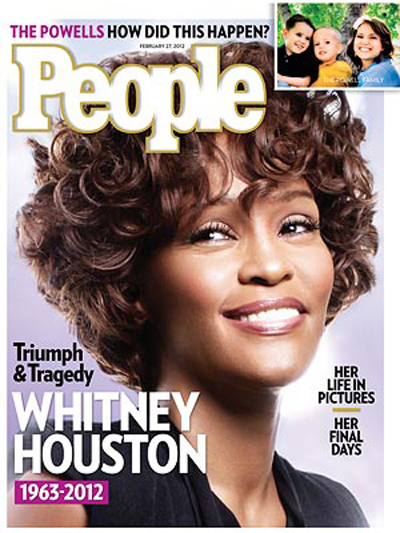 The current issue of People Magazine features a tribute to the life and legacy of singer Whitney Houston, who tragically passed away last weekend at the age of 48.

The magazine details Whitney’s meteoric rise from a “shy slight girl known as ‘Nippy'” to a six-time Grammy winner and reveals new, personal information about the singer’s early days, including her struggle between her personal life and her public persona.

“She was in pain from living almost a double life,” said a music executive who knew and worked with Whitney for many years. “She wanted to be down with her community. That’s who she really was. But because of her career, she also had to portray this pure pop princess in gorgeous gowns, singing songs the white community adored.“

“She was everyone’s dream daughter. She was sweet. She sang in church,” said photographer Bette Marshall, who knew Whitney and photographed her as a teenager. “And you knew she’d be a superstar.”

To find out more about Whitney’s life and legacy, including her turbulent marriage to Bobby Brown and tragic final days – pick up the current issue of People for all the details!