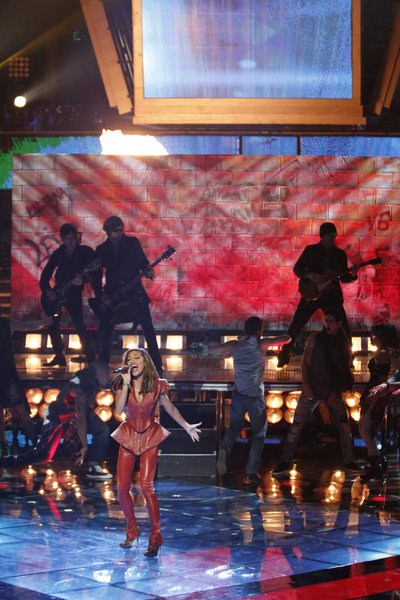 Tonight on FOX is an all new episode of THE VOICE. On tonight’s elimination show America will vote to eliminate two artists from each team and the remaining four contestants will move on to the semi-finals phase of the competition. Did you watch last night’s show? We did and we recapped it here for you! Did you miss any of the performances, if you did you can see all the video’s here.

Last night, the top 6 artists performed two songs live in front of coaches Christina Aguilera, Adam Levine, CeeLo Green and Blake Shelton for America’s vote and a chance to move on to the semi-final phase..

Our favorite artist of the night was – Amanda Brown – Team Adam – Natural Woman by Aretha Franklin & Here I Go Again by Whitesnake – The impeccable Amanda Brown’s first song, Natural Woman, showed her true diva worth – and we mean diva in a good way. Amanda is one of the best performers on the current cycle of reality television talent shows. Her voice is a brilliant and beautiful gift, and her pitch perfect notes merely support her already immaculate performance package. Her second song, Here I Go Again, further defined Amanda Brown as a superstar and a reality television force to be reckoned with. She was absolutely flawless, in every single way. It would be a travesty if Amanda doesn’t win.

On tonight’s result show NE-YO performs “Let Me Love You (Until You Learn to Love Yourself)” with the artists. In addition, Matchbox Twenty is joined by artists to perform their new hit “Overjoyed.”  The remaining six singers will learn their fate as the votes are revealed.

We conducted a poll today and 42.7% of our readers think we will be saying goodbye to Melanie Martinez tonight.   Second place is so close it is hard to call.  If you have not filled out our poll there is still time, go here!

Tonight’s “Live Top 6 Results Show” is going to be an exciting one, which you won’t want to miss. So be sure to tune in for our live coverage of NBC’s The Voice – tonight at 8PM EST! While you wait for our recap, hit the comments and let us know what you have thought of Season 3 of The Voice, so far!

Tonight’s recap:   Tonight’s show opens up with a performance by Ne Yo.  Soon the top 4 will be revealed.

Next up is a performance by Trevin Hunte and Terry McDermott.

Next is a performance by Cassadee Pope and Amanda Brown.