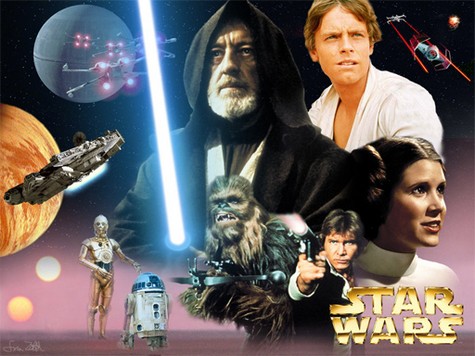 We’ve all seen the done-to-death memes on our Facebook news feed – Princess Leia is now a Disney Princess. We get it, okay? We understand where the billions of Star Wars fan boys are coming from, especially since the iconic George Lucas company, Lucasfilm, was sold to The Walt Disney Co. on the 30th of October. The all important question was raised, how could Lucas sell out one of the most recognizable and biggest selling franchises in human history, to Disney? It was a travesty of iconic proportions. Star Wars-gate has become one of the most contended debates in modern film history, because never before has a franchise been this disenfranchised.

Still, there is a blinking light at the end of the tunnel. Producers over at Disney are scrambling like manic Bruce Jenners to link a director and actors to the project. Star Wars Episode VII is slated for a 2015 release, which gives Disney roughly three years to complete one of the most courageous film making attempts in human history.   The names of several hot directors have been linked to the future project. Everyone from Christopher Nolan, Joss Whedon, and Matthew Vaughn are purportedly on the short-list of filmmakers. According to Celebuzz, the most discussed candidate at the moment is Colin Trevorrow, who directed the sci-fi independent film, Safety Not Guaranteed – a romantic and sardonic comedy with a time travel theme. Trevorrow’s sterile and unbiased look at quirky romance heralded a new generation of science fiction lovers, sans the Nora Ephron/Nicholas Sparks fan kids. We were not the only ones who found this film to be a generation defining foray into the human condition, as George Lucas also became an instant fan of Trevorrow’s derisive storytelling.

According to E! Online, Lucas has already written a treatment for the new Star Wars trilogy, and fortunately, the story won’t be unfamiliar territory for die-hard fans, “Those stories cover the years after rebel victory (i.e., after Return of the Jedi). It’s written in a series of books called the Thrawn Trilogy, by author Timothy Zahn. Die-hard Star Wars fans know the trilogy well, and they say that a big-screen adaptation of the first book, Heir to the Empire, would make the most logical Episode 7. ‘Of all the speculation out there about the content of this new trilogy, that’s the single most concrete idea,’ says Eric Geller of the fan site TheForce.net. ‘It’s almost inevitable that the story will take place in the same time frame as those books.’”

There is currently no official word on casting, but a deluge of actors have already hemorrhaged from the slaughtered arteries of this epic Star Wars upset. Russell Brand was one of the first actors to openly voice his interest in the upcoming films, and while the UK comedian might be a good bet for a supporting role, we doubt casting him would bode well for box office draw. The first Star Wars films gave birth to the careers of Mark Hamill, Carrie Fisher, and Harrison Ford, while the Star Wars prequel trilogy released in 1999, kick started the careers of Natalie Portman, Keira Knightley, and Hayden Christensen. Therefore, a logical conclusion can be drawn that Disney would most probably follow the familiar route of casting not so famous actors in the available roles. We’re placing our bets on supporting actors with two or three independent film titles under their belt, but it is much too early to make any specific predictions.

We’re uncertain as to which route Disney will follow regarding the casting of the 2015 Star Wars trilogy, but the culmination of hype, marketing, and pre-casting will cause the new Star Wars to be the greatest moment in cinematic history. Who do you think should star in the new films? Let us know your thoughts in the comments below.