Why Is Everyone Looking At Kate Middleton’s Rotten Teeth? (Photo) 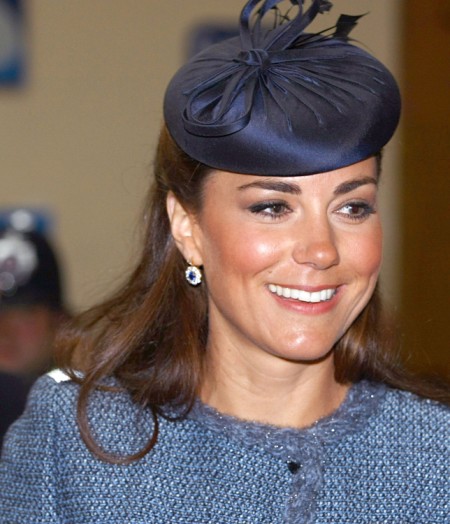 Kate Middleton was all smiles yesterday as she cheered on fellow Brit Andy Murray in the Wimbledon final alongside sister Pippa Middleton but her charming chompers are at the center of a controversy that’s making the princess look pretty rotten.

On the cover of the July 12 special issue, The New Republic has a pic of the Duchess of Cambridge with nasty, crooked teeth and the headline, “Something’s Rotten, The Last Days of Britain”. The articles inside feature the state of Britain before the London Olympics. Obviously, the picture is a play on the fact that historically the British people have not always had the best dentures.

To say that many Brits aren’t taking to the cover is an understatement. According to the Daily Mail, one reader commented, “Not cool. I am not an imperialist (not even close!), but she seems to be a genuine person. She is young, beautiful, and privileged. Apparently grave sins to many people. Yet I wonder if these are the same critics who keep up on the Kardashians, or whatever flavour of the month Hollywood squirts out. She is a person who did not deserve this low blow. Shame on them. I will wouldn’t even think to read anything from them ever again.”

One poster said the pic was “absolutely ridiculous” while another took it a step further by writing, “the magazine should be sued for libel”.

Come on people! It’s a joke. Obviously Kate Middleton’s teeth are the best money can buy. Maybe that’s what has people so upset since Kate did have her pearly whites taken care of before she said “I do” to Prince William during her princess beautification process. The newspaper even confirmed that Kate spent thousands of pounds last year to get her teeth just right for the cameras. In fact, French dentist Didier Fillion used a hidden brace to make Kate’s teeth “appear a little out of line, un-American and therefore beautifully natural.”

Yes, so natural they aren’t natural. People need to get senses of humor. I’m not British so maybe I don’t grasp the magnitude of the slam. Can anyone out there enlighten me? Take a look at the cover below. I see this as just a clever pic that got people’s attention, hardly mean-spirited or below the belt. Any other opinions?