Why Won’t Lance Amstrong Admit To The Truth? 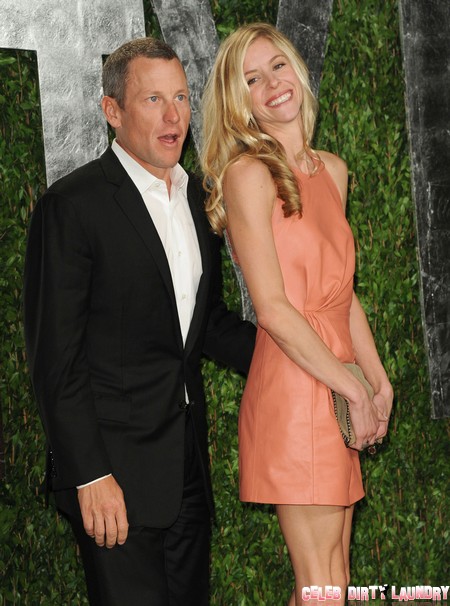 Lance Armstrong defined a generation. His inspiring outlook on life and his “LIVESTRONG” bracelets became pop culture phenomena overnight. It was Armstrong’s decade to define, and while he did, he also duped us all into believing that he was the greatest cyclist in history. Earlier in 2012, Armstrong was accused of doping – using performance enhancement drugs to outshine his competitors. The sporting world came to a standstill. Could it be? Could one of the greatest sport stars of all time be a liar and a cheat? In June 2012, the United States Anti-Doping Agency (USADA) accused Armstrong of doping and trafficking drugs. Throughout his stellar 14 year career, most Armstrong fans refused to believe the smoky rumours of steroids and doping, but finally, for the first time, the many years of gossip mongering proved to be correct.

Armstrong filed a lawsuit against the USADA on the 9th of July, but unfortunately for Armstrong, the presiding judge at the federal court in Austin threw out the 80-page complaint on the same day. District Judge Sam Sparks refused to accept Armstrong’s complaint on the grounds that it was “characterized more by a desire for publicity and self-aggrandizement than a presentation of the facts.” The judge also called it a “lengthy and bitter polemic against the named defendants.” The following day, Armstrong filed a revised lawsuit, but Judge Sparks ruled in favour of the USADA. However, he did question the USADA’s timing and motivation of their investigation of Armstrong. Three days later, Armstrong decided against officially challenging the USADA’s charges. Due to not contesting the charges, Armstrong will have to forfeit all awards and prizes earned since the 1st of August, 1998, including his highly coveted and record breaking Tour De France titles. During the past month, Armstrong resigned as the director of the Lance Armstrong Foundation and was dropped by sponsors Radioshack, Nike, and Anheuser-Busch.

According to the UK based Telegraph, “USADA released the findings of a two-year investigation yesterday [October 10th, 2012] accusing Armstrong of using a cocktail of banned substances and blood transfusions. They built up a picture of an elaborate doping ring which alleged the involvement of support staff, fellow riders and even his former wife. The doping programme was the brainchild of disgraced Italian doctor, Michele Ferrari, and Armstrong would travel across Europe during and before races to have blood transfusions. The report also accused Armstrong of administering testosterone to a team-mate, threatening fellow riders with the sack if they did not follow Dr Ferrari’s EPO programme and of surrounding himself with drug runners ‘so that he could achieve his goal of winning the Tour de France year after year’. The report says there was a ‘code of silence’ in cycling as Armstrong intimidated whistle-blowers and the 200 pages of evidence referenced financial records, email traffic, and laboratory test results which the agency believes proved he was ­doping for years.”

He has publicly denied any involvement in the alleged doping scandal. Why would he still be denying it? Why won’t he own up and admit to his mistakes? This same situation happened several years ago to South African cricketer, Hansie Cronje. He was caught out on a match fixing scandal that rocked the South African sporting community and the world cricket arena. Cronje, on the other hand, did not only deny the allegations deep into the investigation, but he also said that “the Devil” made him do it. Was the Devil once again involved in sport? Why doesn’t the Devil just become a professional sportsman and leave the devious acts to his minions? The public opinion of Armstrong shifted from hero to zero and has been an unprecedented sporting scandal that forced us to ask the all important question, is sport real? Who else is a “victim” of doping? Which other famous sport star has been lying to us all along? Unfortunately, Armstrong’s future is bleak and desolate. What will become of one of the greatest “sportsman” in history? We’re not sure what the future might hold for the embattled Armstrong, but one thing is for certain, it’s not “LIVESTRONG” anymore, it’s “LIESTRONG”.