Will Paula Abdul Kick Carrie Ann Inaba Out of her “Dancing with the Stars” Judge’s Seat? 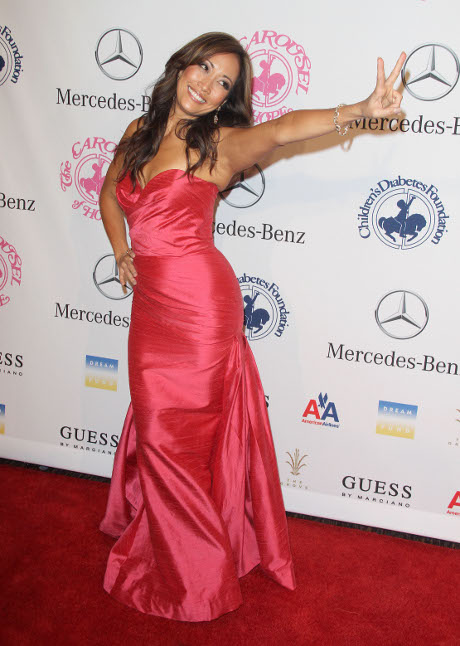 Carrie Ann Inaba started her career as a singer in Japan, but this Hawaiian born native quickly left her singing career in the trash pile of off-key vocals and focused on becoming a professional dancer instead. Her career spans almost an entire decade of film, television, and professional choreography. She has been a guest choreographer on more television shows than you can throw your Dorothy shoes at, including American Idol, So You Think You Can Dance?, The Swan, and Who Wants to Marry a Multi-Millionaire? However, Inaba’s claim to worldwide fame came in the form of ABC’s reality television dancing series, Dancing with the Stars, where’s she’s been a permanent judge for the past 15 seasons.

Inaba might be one of the most famous choreographers in America, but many critics have referred to her criticism on DWTS as “irrelevant, pointless, and vague”. The flawed 15th season of DWTS, titled All-Stars, saw Inaba having to compete with ex-American Idol judge and choreography legend, Paula Abdul, during the 4th week of competition. Inaba’s criticism of the dancing became much more fluent and relevant during that week of competition, but Inaba lost her clout soon after, and she once again wallowed in sparkly one-liners and a horrible delivery of lines. The penultimate week of competition saw Inaba becoming relevant again, but not because she suddenly experienced a religious epiphany, but because the master of dancing, Abdul, is slated to perform during the elimination episode.

Could Abdul’s regular appearance on the show send shockwaves through Inaba’s career? Could Inaba actually be intimidated by Abdul’s presence?

Many critics of the show have called the All-Stars season of the show as a “turning point” in the series. The 15th season is the one where all of the loose ends are tied up, painted with campy juice, and the ultimate DWTS champion is chosen. It wouldn’t be surprising to see the show lose professional dancers and judges in the transition from 15th to 16th season. After all, everyone failed to deliver during this season, so a shake-up would be the best option for the positive evolution of the series. We could see Inaba being replaced by Abdul in the 16th season, which would not only be one of the best production and casting decisions in reality television history, but would also be a wise step in the right direction. Abdul hasn’t had a judging gig since the first season of X-Factor USA, and her guest judging on this season could have been a “test” by producers to see how she would fare as a permanent judge on the show.

We have a sneaky suspicion that Inaba is picking up on this threatening transition of power, as her position on the show as a permanent judge could be in jeopardy during the casting for the 16th season. The show has become a tired and outdated affair with weekly voting massacres and shocking double eliminations. The judges, on the other hand, have not only become obsolete, but also wholly irrelevant in the grand scope of the series. No one cares about them anymore, nor do they care about the scores. The show is currently solely based on popularity, not talent, and if producers had any common sense, they would ensure that the show returns to its original form and make the scoring more important than it currently is.

Whatever the end result might be, Abdul’s growing presence on the show could lead to remarkable viewership numbers and intelligent critique. Only a fool would pass up the opportunity to snag the greatest and most important choreographer of our time.