BY Robyn Good on May 21, 2012 | Comments: one comment
Related : Dancing With the stars, Dancing With The Stars Season 14, Performance Videos, Reality TV, Recap, William Levy 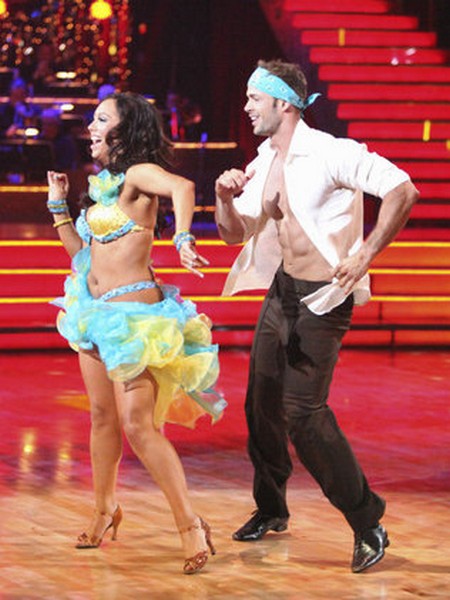 ROUND 2 – William Levy danced his FREESTYLE for the judges choice tonight during the first night of Dancing With The Stars finale week. Tonight each couple will complete in two dances.  One dance will be chosen by the judges it will be a dance that they have previously performed.

The second dance is the ever popular freestyle which will be danced to music that the couple has chosen themselves, this sounds fun – I can’t wait to see what they come up with!    We recapped the tonight’s show for you and if you want to see how all the couples did go HERE!  Did you see William’s performance last week if you missed it or any of the videos you can see them all here!

William Levy and professional dancer Cheryl Burke, dancing their freestyle.  William and Cheryl had this to say about tonight’s performances: ” William will not holding anything back for his last dances during the “Dancing with the Stars” finale.   We can also expect to see William shake his hips again.”

Judges Comments: Len: What you do, you do well. I liked it I like the lifts,  I like the moves. But for me it was too predictable all you do is shake your butt. I wanted to see something different. I didn’t want to see lifts in a Samba.  Bruno:  You two are like devils unleashed upon earth a Latin extravaganza. Simple but elegant,  great!  Carrie Ann:  That was exactly what a freestyle should be. It’s breaking new ground that that’s what you did!  Good Job!

Tomorrow the couples will perform a new routine in a “24 Hour Challenge” where they will have had 24 hours to pair a dance style of choice to music given to them after tonight’s show. This dance routine will get a score of up to 30 and will round out the judges’ scores from both nights.   At the end of it all tomorrow night one contestant will be award the Mirror Ball Trophy!  Who do you think will win?  Hit the  comments and let us know who you think will be going.

Watch the video below and let us know what you think? Do you think that William did enough to win the Mirror Ball Trophy? Sound out in the comments below!