Zac Efron Won’t Say Whether Demi Moore Hit On Him 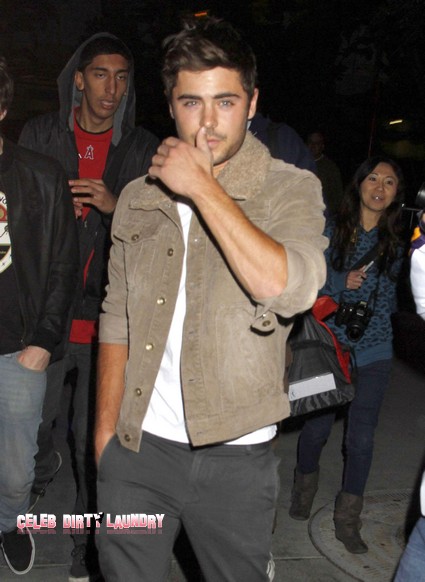 Zac Efron is avoiding saying whether or not Demi Moore hit on him during her recent drug-fueled desperate attempt to stay young and party. Stories circulated recently that an out-of-control Demi was was pursuing ac romantically – despite their extreme age difference and the fact that he is close pals with her daughter Rumer.

Demi, 49, is widely believed to have tried to be more than pals with Zac, 24, following the break-down of her five-year marriage to Ashton Kutcher. Did she succeed in landing herself the boytoy?

When asked about the rumours, the ‘High School Musical’ star who is still good friends with Rumer told TV show Extra:  “I don’t know, me and Rumer have been friends for a long time. I know Demi is going through some personal stuff right now. I just wish her well. I hope she’s doing okay.”

Zac went on to change the topic saying:  “I was a musical theatre geek, so whenever we wanted to impress girls, we’d do a three-man jazz quartet. Yeah, we did some pretty fun stuff.”

In any case, with Demi down for the count Zac remains without a date for Valentine’s day. He said: “I might just sit at home … and cry.” Then Zac joked that he might get with his ‘The Lorax’ co-star, Taylor Swift, who also plans to spend the day alone. Zac said: “Wait a sec, uh, no, we’re really good friends. She’s trying to teach me how to play the guitar.”

Did anything happen between Zac and Demi? What do you think? Let us know in the comments section below.