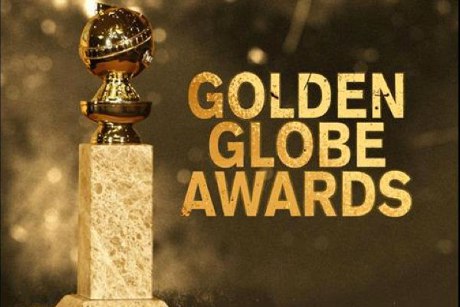 The 2013 Golden Globe Awards is almost in full swing. After the Red Carpet finishes up we’ll head inside the theater to check out who will be walking away with all those fancy, coveted prizes. The awards will begin at 8PM EST and coverage will begin just a bit after that. If you haven’t checked out the Red Carpet coverage yet then you might want to glance over that before the awards start. All the pre-show gossip, scandalosity, and fashions can be found here. Updates will (or will have) happened over the course of the live show.

Amy Poehler and Tina Fey will be leading tonight’s ceremony and we can’t wait to see these two awesome ladies totally rock the stage. Are you looking forward to tonight’s ceremonies? I can’t even begin to choose who I want to see win tonight. In case you’ve missed the nominations, here’s a list of tonight’s biggest categories.

There are several other categories and nominations, so be sure to watch the show or read for the winners here. Come back here a little bit after 8PM EST for LIVE Coverage of tonight’s ceremony and events!

The live show starts now and Amy and Tina walk out. Tina says she wishes that the viewers at home could experience the magic felt there. The jokes are so funny, that it’s going to be hard for me to keep up!

“Quentin Tarentino is here, the star of all my sexual nightmares,” says Tina. They continue introducing all of the famous stars who’ve been nominated. Their opening number was so great, and I’m sure we’ll be able to find a few clips for you soon

First category. Best supporting actor in a motion picture. The winner is Christoph Waltz for his role in Django Unchained. He’s very grateful to Quentin, and he gets a bit choked up when he thanks Bill Clark and some other dude, who lifted him up and put him back on the saddle.

Best supporting actress in a TV series, miniseries, or made for TV movie. The winner is Maggie Smith, who could not be there to accept her award. She’s quite old. We’ll cut her some slack.

Don Cheadle and and Eva Longeria present the award for Best Mini-series or TV movie. The globe goes to Game Change.

Best actress in a min series or TV movie. The winner is Julianne Moore — Game Change.

Salma Hayek and Paul Rudd present the award for Best Actor TV series drama. The winner is Damien Lewis — Homeland. This is his first win and third nomination.

There’s a lot of chatter in the background. Havin’ a good time–eating, drinking, and not paying attention.

Jason Statham and J Lo present award for Best Original Score. The winner is Mychael Dana, for his score of Life of Pi. Best Original Song goes to Adele for Skyfall.

Best Performance for Actor in a Miniseries or TV movie. The winner is Kevin Costner. This is his second globe. He gives a great speech thanking everyone for appreciating movies, and is thankful he’s had such a fruitful career.

Bill Clinton comes out. Yep, this is happening. He talks about Lincoln.

Amy Poehler is back. She says what an exciting special guest. “That was Hillary Clinton’s husband!” she exclaims.

Kristen Wiig and Will Ferrell come out to present the award for Best Actress in Comedy or Musical. This is a hilarious presentation and everyone is cracking up. Except for Tommy Lee Jones — who doesn’t have the slightest clue as to what is going on. The winner is Jennifer Lawrence.

Don Cheadle wins a globe for his role in House of Lies.

The Golden Globe for Best Foreign Film goes to Amour.

Lea Michelle comes out with Nathan Fillion. Best Actress for TV Series Drama. The winner is Claire Danes for Homeland. This is her fourth win. Yikes. I think she should get an acting career.

Best Actress in Comedy TV series goes to Lena Dunham. Her speech was really boring but, to be fair, she was very nervous and she definitely deserves the award.

Amy Poehler and Tina Fey come out with drinks and rag on Taylor Swift. They tell her to stay away from Michael J. Fox’s son. Robert Downey Jr. presents the Cecile B. DeMille award to Jodie Foster. We see the montage of her career. She gives an acceptance speech that is a tad wandering but eventually arrives at a solid conclusion. It’s a combination of a coming out speech, a speech of thanks, and a promise that she will always be a storyteller — even if she chooses to do it somewhere other than a screen.

Best Producer goes to Ben Affleck for Argo. At least he’ll take something home sparkly this awards season, because he ain’t gettin’ an Oscar!

Jimmy Fallon and Jay Leno present an award. Best TV Series — Comedy or Musical. The globe goes to Girls. Lena Dunham accepts another award. About the show she says, “It took a village to raise this very demented child.”

Jennifer Garner comes out to present an award and she says that Ben Affleck asked her to give a few shout outs to a few people he forgot to mention. Best Actor in a Comedy or Musical goes to Hugh Jackman.

Best Actress in a Motion Picture Drama goes to Jessica Chastain for her work in Zero Dark Thirty.

Best Actor in a Motion Picture Drama goes to Daniel Day Lewis for his role as Abraham Lincoln.

Julia Roberts comes out to present the award for THE BEST MOTION PICTURE DRAMA, which goes to ARGO. Ben Affleck accepts the award.