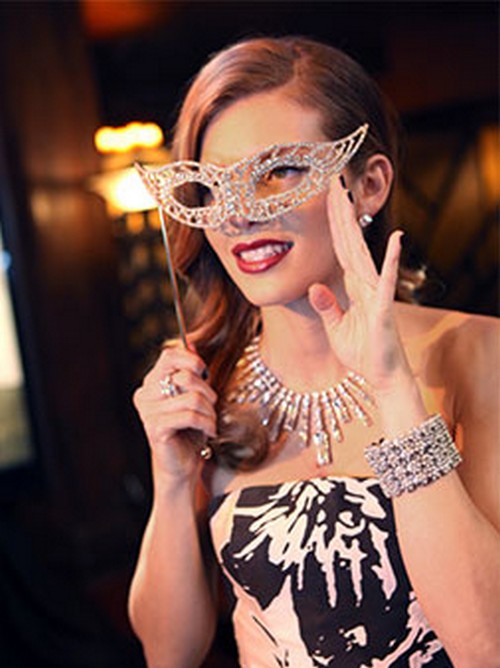 Tonight on the CW a new episode of 90210 returns called, “A Portrait of the Artist As a Young Call Girl.”  On tonight’s show when Jordan asks Naomi to plan a party for Author X, Annie is forced to reveal herself. Dixon finds out Michaela has feelings for Navid. Did you watch the episode? We did and we recapped it here for you!

On last week’s show Naomi met up-and-coming mogul Jordan Welland, who hired her to plan events for his media empire, while Annie, Adrianna and Silver  planned a girls’ night out for Naomi, which ended with disastrous results.  Dixon started to develop feelings for Michaela, and Liam finds out that the Cronus brothers plan to blame Navid for the cheating ring and is forced to befriend them to clear Navid’s name.

On tonight’s show ANNIE IS FORCED TO REVEAL SHE IS AUTHOR X — Jordan (guest star Robbie Jones) asks Naomi to plan a launch party for the latest hot writer, known as Author X, which forces Annie to admit that she is Author X. Silver worries that Adrianna is not okay that she is dating Mark (guest star Charlie Weber). Meanwhile, Dixon finds out that Michaela (guest star Lyndon Smith) has feelings for Navid. Matt Lanter, Trevor Donovan also star. Bethany Rooney directed the episode written by Scott Weinger.

Tonight’s 90210 episode 16 is going to be exciting, and you won’t want to miss. So be sure to tune in for our live coverage of 90210 — tonight at 9PM EST! While you wait for our recap, hit the comments and let us know how you are enjoying Season 5 of 90210? Check out a Sneak peek video of tonight’s episode below!

Tonight’s episode begins with Annie signing a deal to publish the next Fifty Shades type book, but she insists that no one can ever know that it’s her.  She’ll be writing as Author X I guess.  Jordan wants Naomi to help plan a hot party for Author X, so you can see where this is going to go. Amanda is trying to push Annie to do national press, but so far she is insisting on anonymity.  While they’re talking Jordan comes in and convinces Annie to attend her own book party, but as another guest. Sounds great until she finds out that Naomi will be planning it and Mark is likely the chef!

Dixon has been inching closer to Michaela and even takes her to a doctors appointment. He wants to get closer to her even though she has decided to be a surrogate, but she seems pretty clueless. Meanwhile Silver is having a moral crisis because she really likes Mark. They get along great and the sex is good but she feels guilty over Adrianna, who clearly has a thing for Mark. Silver lets the guilt get the better of her and she explains to Mark why they can’t see each other any more.

Annie tells Naomi that she has figured out who Author X is and then fights with her when Naomi wants to divulge her identity at the book party. Naomi has Silver read a page from the book and Silver drags Annie out of the room as fast as possible. She realizes that Annie turned her hooker experiences into a book and wonders if Annie realizes how risky it is.

Mark calls Adrianna over because he wants her to understand that he wants to see Silver. He tells her that Silver is afraid of her reaction and she needs to back off. She realizes that she has changed since high school and she has no interest in getting even with Silver.

Annie has suggested since Author X is incognito then everyone should have to wear a mask to the book party. Naomi is super interested in Jordan and that leaves her pretty unhappy when he shows up to the book party with a stunning Elizabeth on his arm.

Dixon finally gets up the nerve to tell Michaela that he likes her and she not only shoots him down, but tells him that she still likes Navid.

Naomi decides that Elizabeth, Jordan’s date must be Author X and she causes a huge scene while trying to out her. “You should be proud of being a whore!” said Naomi, until she realized that Elizabeth is actually Jordan’s sister. Annie corrected her and informed Naomi that she just called her a whore.   Naomi and Annie talk and Annie decides it’s time to stop hiding. She’s ready to go on television and tell the world that she wrote the soft core book.

Silver talks to Mark and explains that she lost her best friend. But she does have Mark if she decides she wants him. Jordan decides to pay Naomi a visit, they confirm that they like each other and they have a lot of secrets to share. Tune in next time for more 90210.