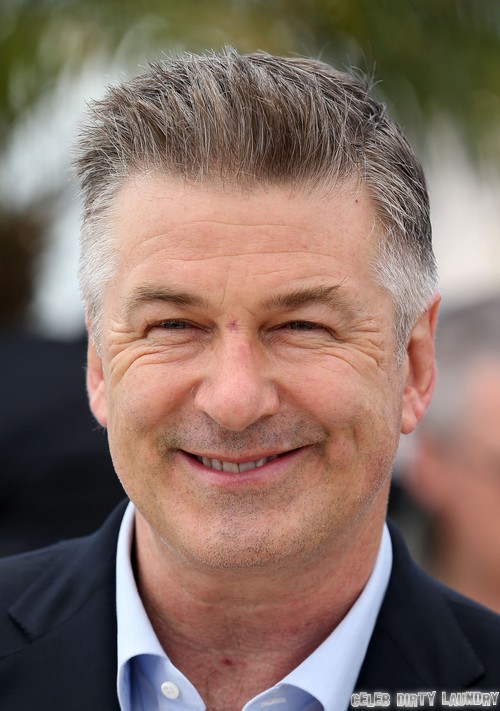 Alec Baldwin is an idiot, and I don’t say that with affection. In fact, he’s quite possibly the biggest idiot in Hollywood, right after Mel Gibson. For some reason, Alec has seemingly been given a pass for his past racist and homophobic slurs, but he’s done it once again. Will he have to face more serious consequences this time?

Well, he’s using his gay ‘hairdresser’ to deflect his homophobic remarks this time around. I mean, there is a video where we can see Alec calling someone a ‘c***sucking f**‘, and it’s not like this is the first time. But noooo, Alec is not homophobic. Never. You know why? Because his hairdresser is gay!

Or so he claims. Alec is trying to use his poor hairdresser as a voucher for him not being homophobic, but honestly, the whole reeks of a set-up. I’d more than likely bet that Alec paid off that guy to pretend like Alec is the most wonderful person in the world, which this poor hairdresser certainly does. In front of the TMZ cameras, Alec asks the guy, “Am I a homophobe?” and he replies, “Yes, big time” in a jokey voice. Later, the guy told TMZ in detail, “I don’t think he’s homophobic. I don’t at all. Whenever he is in here, we are always talking and cutting hair. He booked an appointment for today, he always does and he is a good tipper.”

As for Alec calling someone ‘c***sucking f**’, well the guy says, “If he did say it … there was probably a good reason behind why.” Yeah, he got paid off, or he’s just as much of an idiot as Alec. I mean, why would you pretend to support a homophobic slur? You have to know that it will affect your reputation, and I have no doubt that this guy’s clientele is going to suffer as a result.

And this time, I really, really hope that Alec learns that he can’t just go around, spouting nonsense and being a racist, homophobic asshole. He has his own late night show now, and if it was anybody else, they would have at LEAST had to apologize on air. So why does Alec get away with such minor consequences?