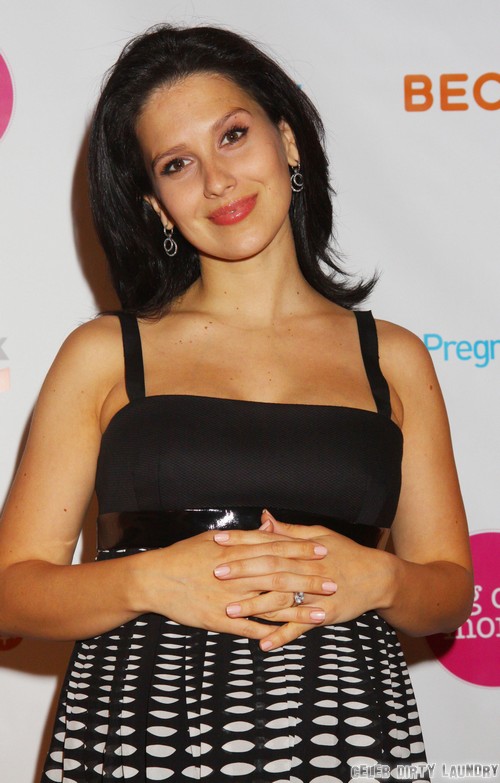 There are certain things you just don’t do. Like Alec Baldwin’s wife, Hilaria, who thought tweeting during a funeral was a good idea.  I’m sorry but that is the epitome of low class. Yes your mind can wonder but pay your respects at least to the late James Gandolfini. If not for him then how about thinking of the widow and son.

According to the DailyMail the “Messages included a request for ideas about wedding anniversary presents and promotional notes about her upcoming appearance on the Rachael Ray show.” But there was one text in which she stated “Rest in Peace Jimmy”. Not sure if it was real sentiment or if she was covering ground for when people realized she was texting at a funeral. If it’s the later then it didn’t work.

Hilaria, you proved yourself to be classless. She couldn’t wait until she left before self-promoting.  The only thing that would have excused her behavior would be if she had tweeted about going into labor. That I could understand. Hilaria’s disgusting self-indulgent behavior was duly noted and the backlash has started.

Speaking of backlash, one reader was able to sum up Mrs. Baldwin:

Hilaria: ‘Jimmy and ‘I’ were like that *crosses fingers.* *sniff* Less than an hour later Hilaria: Don’t you hate it when your shopping and…

This is what happens when you’re shady. People will call out on it. I’ll bet you she only showed up for the funeral to get a photo-op. Her husband pulled a similar stunt but he wasn’t as blatant about it unlike his wife who apparently couldn’t resist retweeting an article about herself during the service. I hope they’re proud.