Alec Baldwin Unleashes his Fury on Overzealous Paparazzi in NYC — Get Away from my Wife and Baby! (VIDEO) 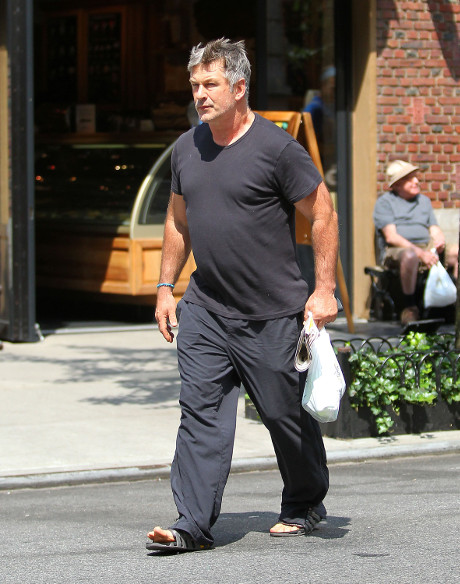 Just hours after Alec Baldwin took home a victory in his courtroom stalker case, he was filmed charging a paparazzo who got a bit too close to his wife and baby. The video shows a photographer walking up to Alec’s car to snap a photo. Alec soon chases after the photographer and then, when he catches wind of another cameraman (the one recording the video) on the sidelines, he goes off on him.

The video, which you can find HERE on TMZ, features “Baldwin —  who was with his wife and baby  — taking off in angry pursuit after the pap (not ours) … yelling, cursing and calling him a “c**ksucking f*g.”

Alec is no stranger to having intense temper tantrums, and it seems as if celebrities of all types aren’t shying away from unleashing their fury upon the paparazzi species as of late. What do you make of Alec’s outburst? It probably doesn’t surprise you. It is, after all, Alec Baldwin we’re talking about; however, feel free to leave your thoughts in the comments section below.