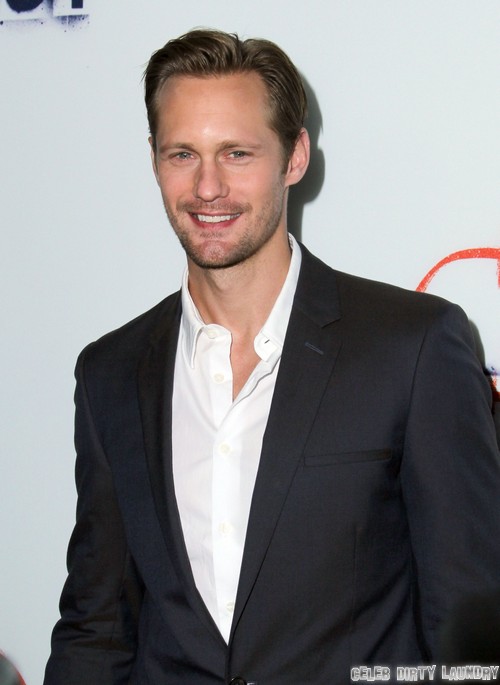 Well hello there, Mr. Eric Northman. Alexander Skarsgard is currently promoting the upcoming sixth season of the hit HBO show True Blood and naturally, talking about getting naked goes right along with that.

Just the other day, we gave the guys who read our site something to gawk at with the January Jones nude pictures. Now, we’ve got something for the ladies. Apparently, Alex’s family taught him to be comfortable with himself naked. That’s an idea that we can definitely get behind.

Alex said in a new interview, “I think I was 14 the first time I saw my dad wearing pants. When he wasn’t at the theater, he was home cooking or chilling…with no clothes on.”

For fans of the vampire show, he gave us all an idea of what’s going down for his character this season. He said, “Eric’s doing some evil stuff this year, some stuff that’s not so nice. You’ll see this season he’s doing some pretty nasty stuff. It’s not all good.”

What are you looking forward to in the upcoming new season? Hit the comments and let us know your thoughts!