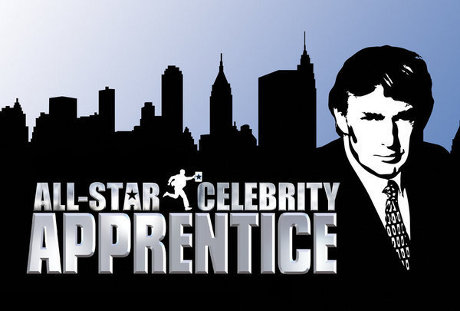 In March, Donald Trump returns to the reality TV screen with his first ever edition of All-Star Celebrity Apprentice, where he’ll give one of his past contestants the chance to win a check for $250,000 (to be awarded to a charity of choice). Donald Trump has made quite a name for himself in the world of reality TV. This is the sixth installment of the celebrity version of the Apprentice and the thirteenth season of the show overall. Not too shabby.

The show is going to be filled with a whole bunch of drama and gossip. What can you expect with some of the show’s biggest, baddest, most dramatic contestants returning? A mess. That’s what we’re expecting.

This season, 14 of the meanest, most savviest business minded celebrities will return for a second chance to win 250 grand. Are we expecting the claws to come out? You betcha we are. Every week the business-classy celebs will work in two teams, each headed by a manager, to complete business-savvy tasks around New York City. They will have to pull all their resources together, including their fame and the knowledge they acquired during their first go-around on the show. If you have any experience with this show, then you know the tasks are grueling and the drama is intense, and personalities will definitely be clashing in all sorts of ways — all while they are scrutinized by the hawk-eyes of The Trump and his trusted advisers.

Returning this season are Trump’s children and colleagues, Ivanka, Donald Jr. and Eric, as well as surprise guests along the way. We can’t wait to see who the guests are over the course of the show. Are you a fan of the show? If so, don’t forget to tune in to watch the first ever All-Star Celebrity Apprentice on March 3rd.