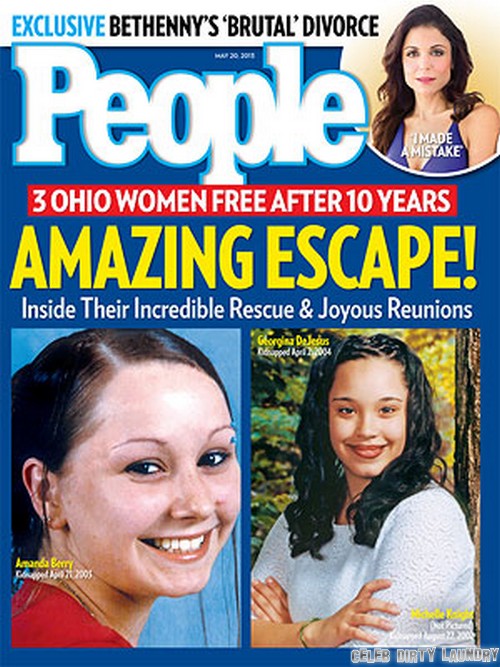 Amanda Berry, Gina DeJesus and Michelle Knight suffered for YEARS being held captive by three brothers, Ariel, Onil and Pedro Castro. The address at 2207 Seymour Avenue in Cleveland, Ohio is now notorious for where these poor girls were held against their will.

Ariel’s son said that he was basically estranged from his father because of his violent temper. In addition, he said that there were always doors in the house that he and other family members were barred from accessing. Now, as it all came together, he said that he feels horrible for Michelle, Amanda and Gina.

On Monday, Ariel joined his family for some rice and beans and some yard work. His brother-in-law, Juan Alicea said, “The first thing he said was, ‘Familia!’ He kissed his mom goodbye and said, ‘I love you, Mom; the food was good.’ Just like normal.”

A few hours later, the three brothers were being arrested for the kidnapping of the three missing girls. Juan revealed, “Our family is just as devastated as anyone else. They are shocked.”

Feliceonna Lopez, a teenage neighbor, said, “I grew up knowing him and he was always nice and friendly. He would give us motorcycle rides. Out of nowhere he started acting crazy, and my mom told me to stay away from his house. He started boarding up his house about four years ago. He stopped talking to everyone when he used to come to all the parties. He just got weird.”

In Cleveland, everyone here is ecstatic that these girls were finally found after all of these years and that they are alive. Kudos to Charles Ramsey for helping them out!