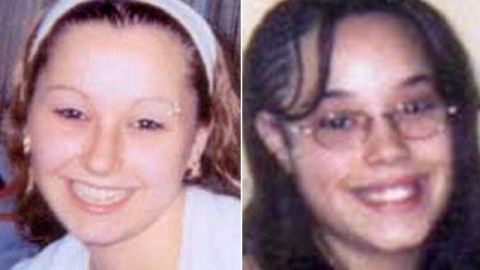 Amanda Berry escaped Monday night after being held in a Cleveland basement for ten years. With the help of neighbors who heard her screaming she was able to bust down the door that kept her away from family, friends and freedom since she was 16 years old. Within minutes after calling 911, officers went to the Cleveland house Berry had been kept in and found two other missing women, Gina DeJesus and Michele Knight, both abducted in separate cases around the same time as Berry.

The house belongs to retired school bus driver Ariel Castro and he, along with his two brothers, Pedro Castro and Onil Castro have been arrested so far. According to ABC News there is no word on whether the women were sexually violated during their captivity but a six-year-old girl being identified as Berry’s child was found with her when the police came. All three women were taken to the Metro Health Medical Center on Monday night where they were examined. They were discharged this morning. Sources say the women were tied up at the house and chains were found in the basement.

Stories like this are so difficult to read. On the one hand you’re so relieved these women were found but you can’t fathom things like this actually happen in the world. It’s beyond disgusting and disturbing to learn that this happened in close proximity to where the women were originally abducted and that police were called to the house before because Pedro left a child on one of his buses at the depot during work.

It’s beyond amazing that police found Amanda Berry and the other women – or, rather, Amanda Berry freed herself with the help of neighbors. She is the true hero in this story and it’s remarkable that after all that time she didn’t give up. We’ll update you with more information as the story unfolds.