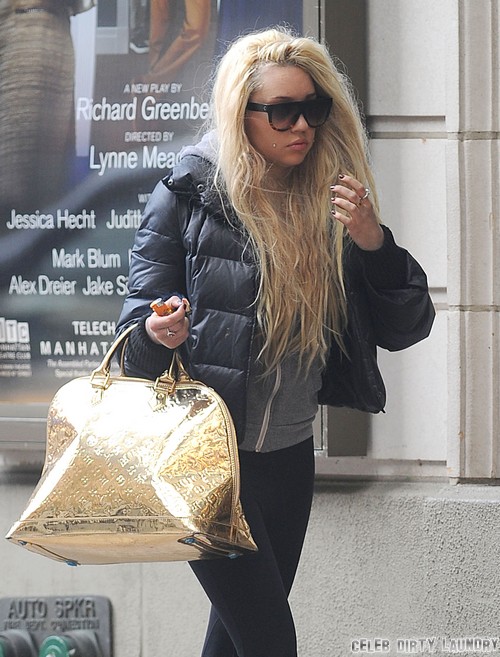 It’s about freaking time. When Amanda Bynes first started demonstrating crazy behavior and there was talk of a possible psychological condition, Amanda’s parents had mentioned that they might be taking conservatorship of her. However, to the shock of everyone, Amanda ended up passing her psych evaluation. So everyone thought that she was just putting it on, and that her crazy was just an act.

Until this week. Cue another episode of Amanda breaking down, where she almost set fire to her poor dog. Amanda was immediately put on a psychiatric hold at the hospital, and doctors are now saying that Amanda is showing signs of schizophrenia. The doctors are seeking a two week extension of the 72 hour hold, and sources are saying that although there’s a chance that it gets denied and Amanda goes free, there’s a higher chance that the hold will be extended.

Because of this, Amanda’s parents are looking to gain conservatorship of her again – this would mean that they would have access to all of her finances, and they would have decision making abilities over certain aspects of her life. Even though it’s very difficult for people to get conservatorship in California, it’s happened before with Britney Spears, so I can see it happening for Amanda. Honestly, Britney’s conservatorship might have saved her sanity, if not her life. I’d like to think it’s possible for Amanda to recover the same way, even if her case is very different from Britney’s.

Amanda’s deterioration over the past year has been rapid and shocking, especially for those who used to know her a few years ago. Even though certain sects of the online community have taken to making fun of her, mental illness is not something to be taken lightly. Hopefully, Amanda gets the help she needs. For now, she’s still on hold at the hospital and is likely to stay there longer since the doctors believe she could still be a threat to herself and others.

What do you guys think of this whole story? Let us know your thoughts in the comments.