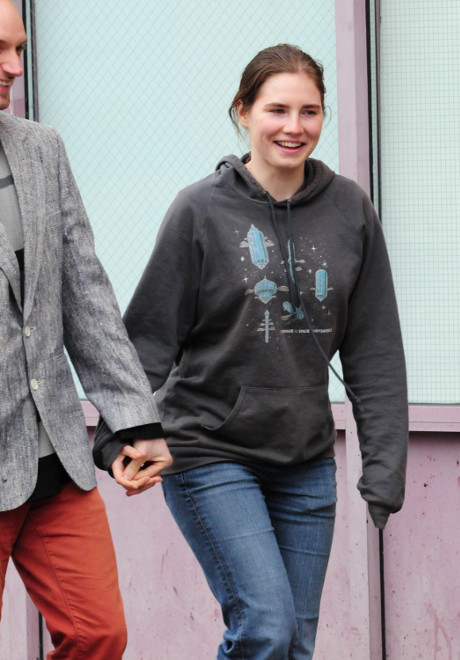 The Amanda Knox trial is not over, as the Italian Supreme Court has just reopened the case involving the murder of Meredith Kercher, who shared a room with Amanda Knox during a stint abroad. Today, the high court of Italy faulted the acquittal made by the appeals court, claiming the trial was full of deficiencies and certain pieces of the puzzle simply did not match up.

A man named Rudy Guede was ultimately charged with the murder of Kercher and was made to serve a sixteen year sentence; however, despite his conviction, authorities made the claim that he was not the sole person to commit the crime . . . . but judges ultimately said he was the “main protagonist” in the crime. Now, it appears everything that went down is being put into question and will be reevaluated.

The Supreme Court said the ruling was full of ‘deficiencies, contradictions and illogical’ conclusions and ordered the new appeals court to look at all the evidence to determine whether Knox helped kill the teen.

In March, the Court of Cassation overturned Knox’s acquittal in the 2007 murder of flatmate Meredith Kercher and ordered a new trial.

On Tuesday, the high court issued its written reasoning for doing so. Kercher’s body was found in November 2007 in her bedroom of the house she shared with Knox in Perugia, a central Italian town popular with foreign exchange students.

Amanda Knox is currently living in the Seattle area attending school/taking classes and she and her lawyers say she’s not planning on returning to Italy to partake in the proceedings. Apparently, Italian law cannot “force” her to return to attend the new trials, and her lawyers have flat out said that her reappearance will unlikely be an option. Amanda Knox has said that she’s virtually penniless, even in light of her outrageous book advances, because of her ever growing legal expenses.