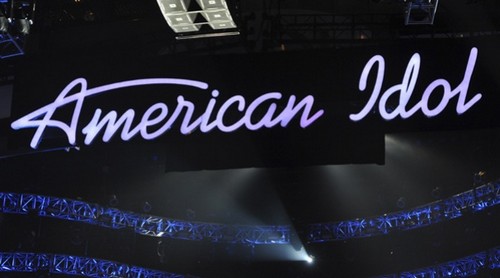 We are in the second week of the audition process on AMERICAN IDOL and tonight we are headed to Cajun country as the madness continues.  Our judges, Mariah Carey, Nikki Minaj, Keith Urban and Randy Jackson head to Baton Rouge, Louisiana in hopes of finding the next American Idol.  Did you watch last night’s auditions in Charlotte, North Carolina?  We did and we recapped it here for you!

On last night’s show the judges continued their bickering and the show was all about the judges.  A contestant Summer Cunningham took the stage and both Randy Jackson and Keith Urban suggest that country music was where Summer should be.  Mariah got into the conversation agreeing with the men.  As the conversation went on Nikki was getting noticeably more and more irritated.  Finally Nikki put her two cents worth in saying they were picking Summer apart about country and trying to pigeonhole her.

Randy Jackson came back at her telling her he had 30 years of experience and was trying to help the girl.  Then Mariah chimed in with a great crack telling Nikki, “she was trying to help Summer not tell her about her outfit. ”  Nikki then went off on this random rant about how they are trying to change people.   Nikki got up and stomped off in a sulk saying, “Oh, you’re right. I’m sorry. I can’t help her.  Maybe I should just get off the f*cking panel!”

So this is the big fight that American Idol was adverting before the season started.  They released video footage but the video footage implied the fight was all about Nikki and Mariah when clearly it was not.  What do you think, was the disagreement stage or genuine?  Did the producers mislead us?

On tonight’s show the search continues for the next American Idol and the judges are in Baton Rouge, Louisiana the home of Randy Jackson.  If the preview for tonight’s show is anything to go by, tonight is going to be a crazy episode.

Stay tuned to Celeb Dirty Laundry for a full live recap of tonight’s episode. We will keep you up to date on all American Idol news, reviews and spoilers and make sure to check back here regularly for more information on your favorite television shows! So don’t forget to come back to this spot at 8:00 PM for our live recap of American Idol to see the “Auditions #4″ – recap at 8:00 PM EST!

We are in Louisiana tonight, Idol fever has landed in the Bayou and the judges are ready.  Randy Jackson is glad to be home! The auditions are starting now.

Megan Miller, Miss Greater Baton Rouge is first up and she had an accident 3 days ago and is going for surgery right after the audition.  She is fabulous so the auditions tonight start off well.  Randy thinks she is a natural, she can sing.  Nikki thinks she is a superstar.  Mariah thinks she is really endearing and very talented.  Keith loves her.  The judges all vote together and it is a YES, she is going to Hollywood.

Charlie Askew who is 17 from Arkansas and he is singing the intro to Breakthrough by Queen.  Nikki was pleasantly surprised by his voice.  Randy think he is like a dark, strange, but cool guy.  Keith loved his voice, the tone, he felt it was his own thing.  Mariah can identify with him using music as escapism and she thinks there is an opportunity of him to shake up the competition.  The judges all vote YES, and he is going to Hollywood.


Maddie Assel who is singing “Oh Darling” by the Beatles.  Keith wants to know who influences her and she said Beyonce and Adele.  Keith thinks she has her own style.  Nikki enjoyed he song.  Mariah liked her song choice and her confidence.  They have vote YES, and she is going to Hollywood.

Of course after several good auditions, it is time to treat us with some really, really bad auditions.

Paul Jolley, 22, sing a Rascal Flatts song, “I Won’t Let Go.”  Nikki likes him a lot and thinks he has  a lot of texture.  Mariah like him a lot, she felt he exuded confidence.  Keith liked his voice, he had an honestly in his tone.  All the judges vote YES and he is going to Hollywood!

Christopher Barthel who Nikki nicknames Mushroom singing Adam Lambert’s  “If I had You.”   Keith thinks he is a sweet thing but not his thing.  Mariah agrees.  Nikki asked to run her hands through his hair because she has magic powers.  He lets her.  They all vote NO.

Dr. Calvin Peters, 27, he is from Forth Worth he is a doctor in his third year of medical school.  He gave up singing to go to school.  He sings a Maxwell song, ”Whenever Wherever Whatever”. Mariah thinks he is very handsome and think he is unique.  Keith likes his vibe.  Nikki likes his voice.  They all vote YES, he is going to Hollywood.

We see a lot of random female auditions: MICHELLE MONTEZERI, BREANNA STEER and BRANDY HOTARD that are very good and obviously get a yellow ticket and are going to Hollywood.

Dustin Watts – Dustin is a fireman.  As soon as he walks in Nikki asks him if he has a girlfriend because he was a real cutie.  Dustin sings, Garth Brooks “She’s Every Women.”  Mariah liked him.  Nikki liked it a lot and she thinks he looks like a country star.  Randy tells him he should do Garth Brooks’ song, “The Fireman.”  The judges all vote and he gets a YES, he is going to Hollywood.

Bernelle Taylor who grew up in a musical house – he says he only realized he could sing after Katrina.  He is singing “I’m Here” from The Color Purple.  Bernelle made Mariah cry, she felt every word he sang.  Nikki says he is what they came for.  He gave her chills.  Randy thinks he has an amazing voice.  Keith thinks he has an amazing voice.  The judges all voted YES, he is going to Hollywood.

34 contestants are going to Hollywood from the Baton Rouge auditions.  Next week they are deep in the heart of Texas in San Antonio.  Then they set sail in Southern California.