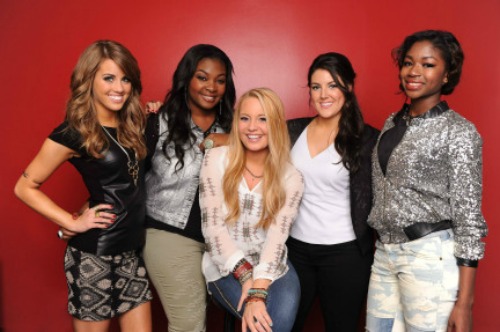 On Wednesday night, the top five remaining competitors will take the stage on American Idol to show the world what they’ve got. It’s the first time in the history of the show that the top five contestants has consisted of all ladies! WORK IT GIRLS!

Have you been keeping up with the show this season? If not, you can read all about the elimination of Lazaro Arbos on last week’s results show.

The theme for tomorrow night’s song choices are “Divas” and songs from the contestants’ birth year. Here is the breakdown of what the Idol finalists will be performing tomorrow night”

What do you think of the song choices for Wednesday night’s performance episode of the show? Sound off with your thoughts in the comments section below!