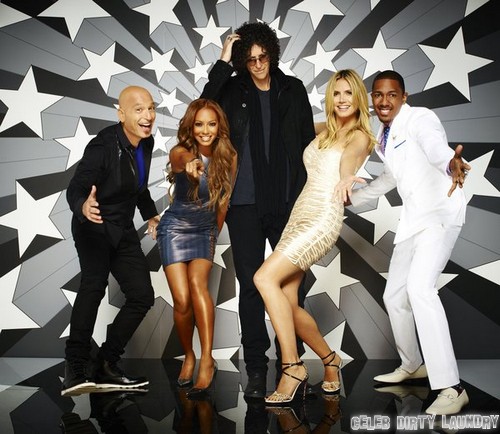 Tonight on NBC their hit reality talent show AMERICA’S GOT TALENT continues and with the contestant pool narrowed down to 60 performers, the live competition begins, and you become the judge. Did you watch last night’s episode? We did and we recapped it here for you.

On last week’s show there were be more cuts and some of them shocking.  In a change from the previous years, the groups were split in three groups something a la American Idol style.  One group was immediately eliminated, one was sent ahead to the live auditions and the other group were asked to auditioned again.  Last week the finale acts were either eliminated or sent through to the live rounds.  60 acts earned a place in the live competition.

On tonight’s show TWELVE ACTS PERFORM LIVE FOR AMERICA’S VOTE AT THE WORLD FAMOUS RADIO CITY MUSIC HALL Judging is turned over to the American viewing audience as twelve of the top 60 acts perform live in New York City at Radio City Music Hall for the chance to win the $1 million prize and become the most talented act in America. Howard Stern, Mel B, Heidi Klum and Howie Mandel star as the celebrity panel of judges and Nick Cannon hosts.

We will be live blogging America’s Got Talent . . . so make sure to come back to this spot and watch the two hour show with us. Make sure to refresh often so you get the most current info! While you wait for the episode let us know how much are you enjoying AGT Season 8.

It is live show time and it all begins with Radio City Rockets doing a little number as the judges and Nick Canon all make grand entrances. Nick does a little monologue introducing the judges and getting the audiences amped up. A little Q&A with the judges is involved in this opening. Canon informs everyone that 12 acts will perform but only 4 will be going on to the semi-final round.

The first at to take the stage is 11-year old Anna Christine but before she does her thing, a montage about her journey to Radio City is shown. When she gets on stage Ana plays the piano while singing the song “Please Don’t Let Me Be Misunderstood” by The Animals. She does good but is very nervous and Mel B notices it but gives her praise for her singing. Howie remarks that she has an old soul and talks about the pressure she is up against. He too sings her praises. Howard calls her remarkable and a rare talent. Heidi tells her she is elegant and has courage. It is a pretty glowing review from all judges.

Following Anna is the dance act, Television. They do a dance that glows in the dark and is interactive. Literally the group uses television screens and dance to tell a story. It is very cool and unique. Howie gives them a standing ovation but before they judges talk the groups montage introduction video is played. Back to Howie who called them amazing and told them they deserve to be one of the four acts to go through. Howard rains on their parade. He calls them artsy-fartsy with not very strong dance. Heidi actually agrees with Howard. She likes the idea but feels like if you see them once you don’t need to see them again. Mel B. takes Howie’s side calling them creative, calling their dance a love story. The judges are split on this group.

The rock band American Hitman, who got together when they were in Iraq, performs next following their intro video montage. The group sings the song “With A Little Help From My Friends” by The Beatles. These guys are pretty freaking amazing. Howard says they are great up they need to keep their energy and emotion throughout their songs. Heidi calls them the real deal but that they are better than the performance they just gave. She thinks they should rock harder. Mel B disagrees with both Howard and Heidi. She thought that they guys were awesome. Howie too agrees with Mel B and he is all about them going to the next round.

Special Head is up next. He too has a little video introduction about himself, which plays before he hits the stage. For his act he is at the top of a pyramid and literally levitates himself off the ground by doing some kind of noise chant. He then disappears in a little bust of smoke. Then you see him next outside on the Marquee at Radio City music hall. His choice kind of shocks all. Once he is bag inside Heidi talks about how he is making an impression. Mel B says she found the act funny even though she didn’t think it was suppose to be. Howie basically says Special Head keeps giving them less and less. Howard tells him that he has run out of steam and his act did not work.

Next up is Fresh Faces a group of young girls, ages 9 and 10. After their intro montage video the girls put on an awesome routine that is full of killer moves. These girls are freaking good, very pop star like dancers. Mel B calls them the 2013 mini Spice Girls. She loved them but Howie does not agree. He does not think they are the caliber of what the current season of the show is, whatever that means. Howard sums it up calling them sweet and cute but not enough. He does call them talented though. Heidi says the girls are what America’s Got Talent is all about but it is up to America to vote.

Young magician Collins Key is next. His story is told in a video then he takes the stage to put on a magic show. This time he puts on a different kind of act. He uses the tablets in front of the judges and the AGT Twitter account. He has all four judges pick a word based on the topic he gave them and Tweet it out. Howie did prancing, Mel B did New York City, Heidi did Brad Pitt and Howard did tukus. In a box high out of his reach are his predictions for what Tweets would be sent out during his act on the live show, he had a premonition about them. The box is given to him and he opens up to find that. He gets all four of them correct. It is pretty amazing. Howie calls him the new face of magic. Howard calls him one of his faves and says he does better each time her performs. Heidi sings his praises and gives him props for his skills. Mel B calls him amazing as well as a nice good-looking guy who is a great magician

Following the magician is comedian Kevin Downey Jr. who does his routine after his intro video. Once he takes the stage Kevin does his shtick in a very loud and kind of annoying voice. He has a couple of ok jokes but nothing laugh out loud funny. Howard calls him the real deal though giving him a very positive review. Heidi did not find his humor funny. Mel B is mixed about him she only laughed at part of it. Howie agrees with Howie that his character and delivery were great, calls him funny. The judges are split again.

Next up is Izzy and Aarlyn, who too have a video that introduces them. These two are kids he plays drums and she sings. However Aarlyn, the girl, goes from singing a nice song to screaming like a heavy medal band does. They are the heavy metal kid group but sadly Howard X’s them. After performance Howard says it is time to stop the nonsense. Mel B is in agreement with Howard. Heidi calls them a little bit bizarre. Howie says they have 15 million hit on Youtube, which means America likes them. He loves them and acknowledges that Aarlyn writes their songs.

A danger act is up next, Alexandria The Great an escape artist. After her video introduction she performs a very dangerous acts that consists of and her in a underwater straight jacket, 25 chains and a locked small square tank to be freed in under 90 seconds. It is quite a dramatic but she does it in under 60 seconds. Mel B says watching her was terrifying but she is not sure what Alexandia does is a full show. Howies says it is thrilling but can she really go on. Howard calls her death defying says he admires her and that she did a great job. Heidi thinks she is amazing and calls her very entertaining.

The circus at the Kristef brothers, their video introduction comes first. Once that is done the duo hit the stage to do perform their act to the song “Everything I Do I Do It For You” by Bryan Adams. These guys are not your typical circus act and they are pretty freaking awesome. Howie calls them the best act of the night so far and Howard agrees, shocking. Heidi calls them hot and that she likes it when hot guys are talented and wear silly outfits. Mel B calls them says she was very entertained by these two men.

Hype is a hip-hop dance group from Hawaii. Yes they get a little intro video as well. The guys take the stage once it is over and put on a silent film hip-hop dance. It is set to an older songs about dance but the guys jazz it up with modern day dance moves. Heidi tells them they did not blow her away. Mel B calls them talented but says the routine didn’t take her anywhere, which was a letdown. Howie agrees with Heidi and Mel B but thinks America will decide. Howard says it was above average but that won’t win America’s Got Talent.

And last but by no means least is singer Branden James. He too has a video introduction and his is actually quite emotional. The video stops and Branden hits the stage where he performs the song “You Raise Me Up” by Josh Groban. He has an amazing voice and gets a standing ovation. Heidi is in tears and tells him that she loves him and hopes America votes him to the next round. Mel said he sounded like a professional. Howie says Branden raised them up as show and he too hope America votes him through. Howard gives him major props saying he took command of the iconic stage like a pro. He tells him he crushed and should be proud of himself.

All the acts have been seen now Nick tells America it is time to vote by phone, Twitter and online. Tune in tomorrow night to find out which four acts make will go to the semi-final round.