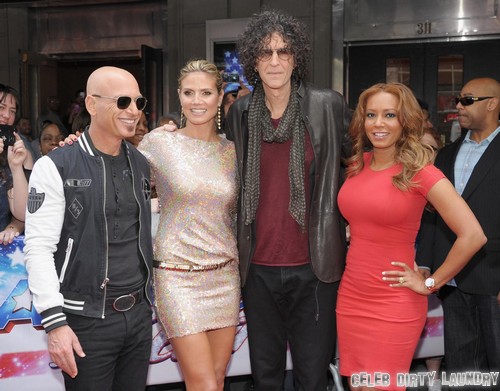 America’s Got Talent is returning to its 8th season with a series of performers ready to duke it out for the winning title. Spice Girl’s Mel B and supermodel/realty show maven Heidi Klum join Howie Mandel, Howard Stern, and Nick Cannon in the panel.

A series of promo videos have been released to build up excitement for the show. The videos manage to showcase the judges alongside the talent, and one video manages to feature firebreathers, singers, dancers, drummers, and gladiators all competing to win the title of America’s ‘most talented’.  Whatever else you want to say about America’s Got Talent, it’s definitely a diverse set of performers.

In fact, that’s probably what sets it apart, especially in an age where reality shows are taking over television and causing a glut. Per network, we have at least 3 reality shows for the primetime viewing hour, and they’re usually rated higher than scripted shows. Why is that? Because people’s entertainment value is changing and for whatever reason, the public seem to value watching real people humiliate themselves above fake people playing cool.

Regardless, we now several reality shows in each genre – the Bachelor, Bachelorette, and Waiting for Love in the romance department, The Voice, X Factor, and American Idol in the singing department, etc.

However, America’s Got Talent manages to combine all of them – which has managed to lead to a very effective promotional campaign, and a diverse enough set of performers that anyone can tune in and not get bored.

Do you like watching America’s Got Talent? Does it bore you? Do you find it more interesting than the Voice, Dancing with the Stars, and American Idol? Let us know what you think in the comments.