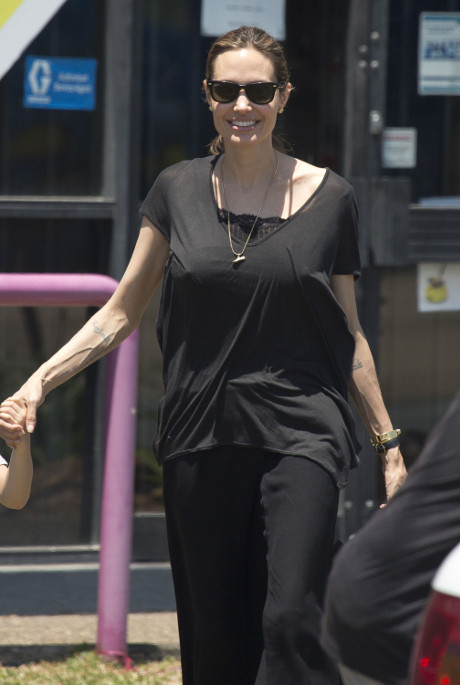 Angelina Jolie and Brad Pitt‘s perfect golden family is getting to be a handful! When children have two of the most sought after, most covered celebs in the industry for parents, well, they’re bound to want to be just like them, right? But who knew limelight cravings could grab hold of children so early in life? I suppose it’s never too early to start a career and make dreams. That’s exactly what Brangelina’s children have begun to do . . . . And the explosive sibling rivalry is supposedly causing stress on the family!

According to National Enquirer, “The superstars’ other kids, led by 9-year-old Pax, are up in arms about not getting equal time with their parents.” The trouble comes after Maddox Jolie-Pitt attended the star-studded Governors Awards last weekend, when his mother was honored with an award celebrating her continual humanitarian work. Now, his siblings are jealous.

“What’s more, Maddox wants to get into show business, and sources say the rest of the brood also wants screen time — and the more the better! Angie’s kids are jealous of every bit of attention any one of them gets over the other. And seeing mommy and daddy with Maddox on the red carpet put the rest into mini-diva mode. It was a revolt, and now the household is in an uproar.”

What do you make of this tabloid story? Do you believe it? There’s no denying the fact that — in a family that large — sibling rivalry, jealousy, and attention-seeking probably take place every day. But are the children already trying to knock out their future fame competition?