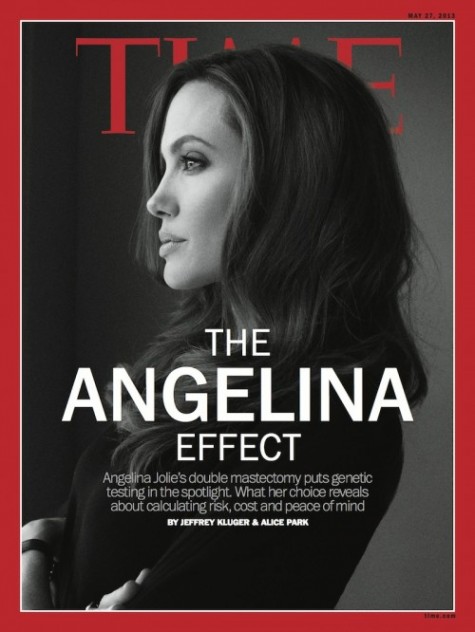 When Angelina Jolie first announced that she had gotten a double mastectomy based on genetic testing that ruled her chances of getting breast cancer at 87%, the majority of reactions were of admiration and respect. After all, it takes a great deal of courage to do something like that to your body, especially for someone who hasn’t yet reached 40 years of age. However, there are people in the medical industry who believe that she was tricked into mutilating her body because of the profiteering cancer industry and its doctors.

An editorial published on Natural News gives one such perspective, going in-depth into the reasons why women shouldn’t  necessarily follow Angelina’s example. The first reason they give is that a certain ‘percent risk’ of getting cancer is a lie, because you control those genes, not genetic pre-disposition. They also claim that the rare BRCA1 gene that Angelina had, which puts her at a greater risk of getting breast cancer, can be ‘suppressed’ through lifestyle choices and proper food. They also say that doctors and other professionals in the industry often claim that getting a mastectomy is the only way to reduce breast cancer, which they say is a complete lie – they reinforce this by providing many different ways to reduce your chances of getting breast cancer.

Overall, the article is trying to make the point that while genetic testing is definitely a viable way of figuring out what risks your body is at, it shouldn’t be the sole barometer by which you make decisions. Especially ones, as they say, to ‘self-mutilate’ your body.

They claim that cancer micro-tumors exist in everyone and that there are different and less drastic methods of managing this possibility. Others have also stepped forward and called a double mastectomy a last ditch endeavor, and something they try to avoid unless everything else fails.

Overall, there are definitely two strong arguments to both sides. On the one hand, there are regular testings, check-ups, and alternatives to making sure your body stays healthy and cancer-free. However, when you’re at such a high risk for getting cancer and you feel that it’s your best choice to stay healthy, it is a decision that remains extremely personal in the end.

In Angelina’s case, I’m sure she was educated in every possible alternative to keeping herself healthy. The fact that she chose this is not because she was brainwashed by the industry’s doctors into getting a high-expense procedure, but rather because she felt that she would be willing to sacrifice a lot for the peace of mind that it gave her. In the end, it’s your choice. Just make sure you know what you’re doing, and don’t blindly follow a celebrity’s example.