Angelina Jolie Wants Another Baby Before Removing Her Ovaries 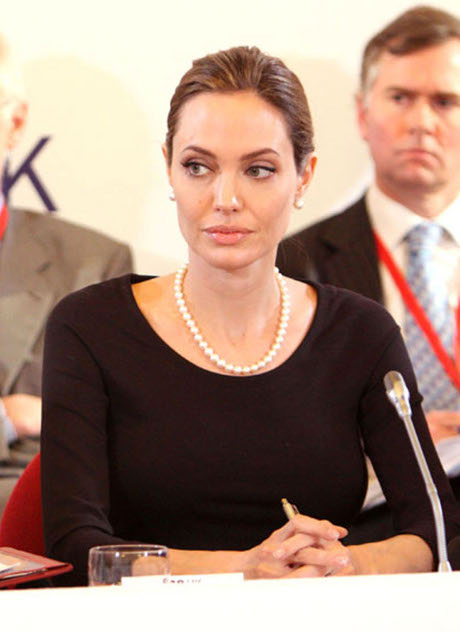 Angelina Jolie has made major headlines in the past few weeks by announcing that she had undergone a double mastectomy to greatly reduce her risk of cancer later in life. That surgery was only the first part of the drastic measures that she is intending on taking in order to ensure her good health. Since she still has a fifty percent chance of getting ovarian cancer, Angie fully intends to have her ovaries completely removed at age forty. Before doing so she has another plan that has been pushed to the front burner — another baby.

According to the June 3rd print edition of Life & Style, Angie has three years to have one last baby with Brad Pitt and she intends to make that happen. The couple is currently raising 6 children, three of their own and have hinted that they weren’t necessarily finished adding to the family. The whole situation has made Angie re-prioritize her entire life and instead of saying that her kids are everything and then jetting off to shoot a movie for a few months, she now means it.

Angie has pushed her personal relationships to the fore front and at least for now work obligations and charity work is falling down on her list, which is a good thing for her kids. I’m pretty sure the family is thrilled to have her with them and more present in the moment.

Do you think this health scare will prompt Angie to settle down and become a little more rooted in a stable routine? Do you think Brad is now starting to win the battle for creating one stable home and not moving like crazy nomads every couple of months? Tell us your thoughts in the comments below!