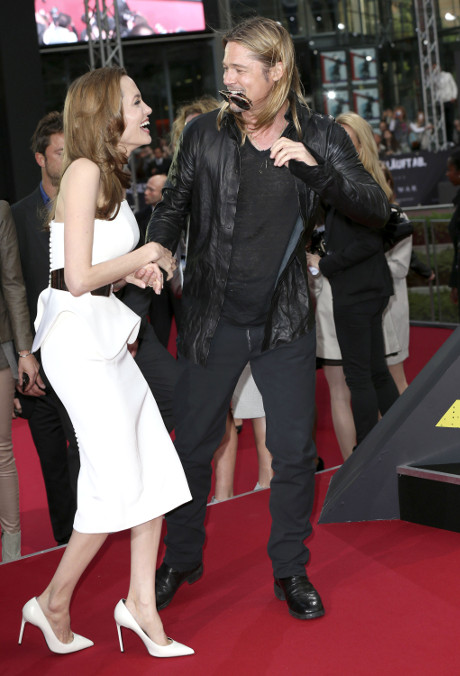 Angelina Jolie and her mother Marcheline Bertrand were always quite close and in a new picture (click link) released by In Touch Weekly that mother-daughter bond is undeniably present. The magazine caught up with Marcheline’s goddaughter, Marie Miles, to comment on the childhood she shared with the now super star actress.

Marie sat down with the magazine to share some intimate details; however, none of them were too revealing or scandalous (boo hoo). Marie took a moment to convey just how kind Angelina Jolie’s mother was — a woman who oozed sincerity and love, similar to, she says, Angelina Jolie.

Marie says, “[Angelina’s] kindness is part of her genetics. I just think she was born with a good soul from her mother,” who died in 2007 as a result of ovarian cancer. “It’s just amazing how much they look alike.” In a 2007 letter, Marie reveals that Marcheline wrote in a letter when Angie was just 2 years old that she was “beautiful and funny and very, very cunning!”

Marcheline was always extremely supporting of Angelina Jolie. Marie adds,  “In her eyes, her children could do no wrong,” and she adds, “[Marcheline] wasn’t one of those parents that was disciplining them all the time — she was just very loving and very open.”

What do you think about this little reveal? Wonder what Angelina Jolie thinks about her longtime childhood friend commenting on her life?