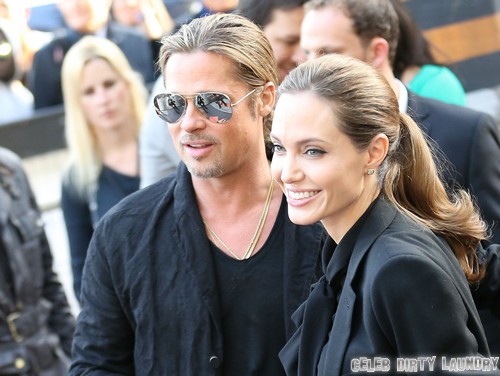 Has the Brangelina wedding date finally been set? It seems like it’s been years since Brad Pitt and Angelina Jolie got engaged, even though it’s only been a few months. And for a while there, it looked like Brad and Angelina would just stay engaged, instead of actually getting married. I mean, they did say that they would only get married when it was legal for everyone to get married in this country, whether they be gay or straight.

So what changed? Well, the Supreme Court rulings on same-sex marriages earlier this week. It was a huge victory for marriage equality, and it’s certainly a step in the right direction. So could this have finally convinced Brad and Angelina to move ahead with their plans? Certainly. It might have also been the fact that Brad’s World War Z just scored a major success, and they finally have some free time together. 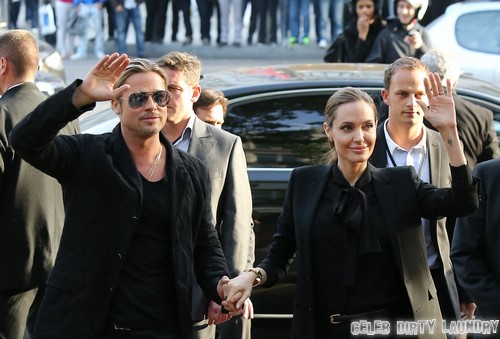 Their wedding date has reportedly been set for later this summer, which means that it will likely happen before Angelina heads into production on her next film Unbroken.

The reports have also noted that the wedding might be undercover, with Angelina and Brad calling only their closest friends and families and keeping it off the public’s radar. Um, ok. This is Brad Pitt and Angelina Jolie we’re talking about. There’s no freaking way that they can keep their wedding under the radar, unless they journey to an island in the middle of the ocean and prevent the airspace from being occupied. Even then, I have a feeling that the paparazzi will find their way onto the island or someone will talk.

What do you guys think about Brad and Angelina finally getting married this summer, after so many years together? Will they last, or will they break up after a few more years together? Let us know what you think in the comments.