Brad Pitt Begs Angelina Jolie To Marry Him After Double Mastectomy: Terrified of Losing Her! 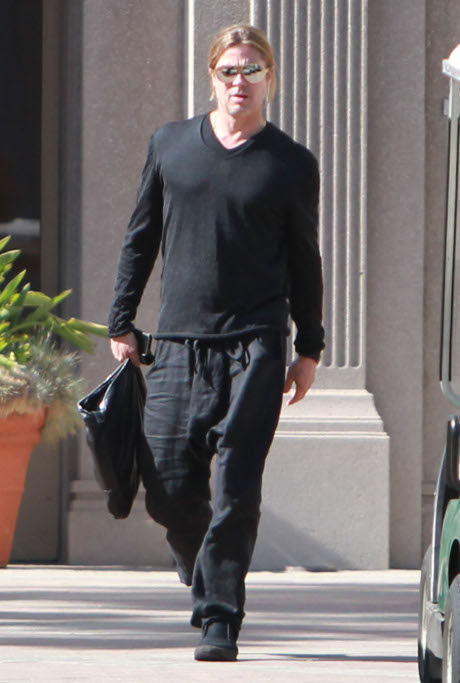 Is Brad Pitt begging Angelina Jolie to marry him after her preventive double mastectomy? For any family, going through a procedure like this is a big deal, and it might make them look at things in a new light. OK! Magazine reports that in the wake of the surgery, Brad has changed his mind about a long engagement and wants to get married sooner rather than later.

A source tells OK!, “When Brad proposed, he agreed with Angelina that they’d have a long engagement, but he’s sick of waiting. He’s wanted to marry her ever since he adopted Maddox, and every time they adopted a new child, Brad would repropose.”

The source adds, “Now, what they faced and went through together with Angie’s health scare made Brad realize there’s only so long you have on this planet. It’s brought them closer than ever before and he wants to make her his wife now!”

I believe this largely because Brad and Angelina are no longer dodging the topic of marriage like they used to. Even after they got engaged, they would play coy about the wedding, but recently, Brad’s been pretty open about his desire to get married ‘soon’.

No doubt, going through the surgery together and everything it entailed made them a stronger couple and a stronger family, and it really seems as though marriage is the next step for them. Now, I know this will sound cynical, especially with everything that’s going on, but Brad and Angelina have always been highly strategic. Right now, they’re making sure that they’re leveraging media attention in time for Brad’s new film to come out – ‘World War Z’. I have no doubt that they’ll save the wedding for something bigger – an Oscar campaign, perhaps? But not just yet.