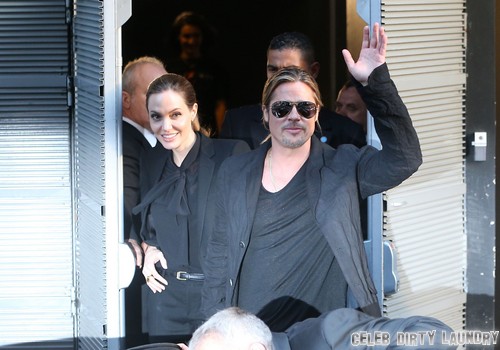 World War Z has just debuted to pretty decent reviews. So it looks like Angelina Jolie missing her aunt’s funeral to attend the world premiere of the film definitely paid off.

What, no of course I’m not suggesting that the power of Brangelina affected these reviewers in any form. Never mind that several reports from the premiere state that most of the press were screaming their heads off like silly little children at the sight of Brad Pitt and Angelina Jolie arriving to the red carpet together.

Ok, in all seriousness, it looks like Paramount’s at least managed to make a semi-decent blockbuster out of the mess that was the World War Z production.

The reviews coming in from the premiere were pretty decent, with most saying that it’s an entertaining popcorn flick but not one without its share of flaws.

The review from IGN states, “You could say this is the epic of zombie films… and it works for the most part.” However, The Telegraph – whose writer was clearly a fan of the novel that the film is ‘supposed’ to be based on – states, “Rooks’s novel was a thinly-veiled parable about American foreign policy and post-millennial anxiety, told from several points of view: in fact, it had much in common with Steven Soderbergh’s terrific 2011 medical thriller Contagion. Marc Forster’s film junks the satire and multiple perspectives, and instead recasts the story as an uncomplicated globe-trotting thriller.”

Now, considering that the film has been altered so much from its source novel that it’s barely an adaptation, I don’t think it’s even a fair comparison anymore. ‘World War Z’ exists for what it exists – an entertaining action movie with a large scope that just happens to have zombies in it. You can basically replace the zombies in this film with anything else – vampires, aliens, mutants, ants, etc. – and you’d probably get the same story. But hey – the reign of Brad Pitt and Angelina Jolie continues. All hail.