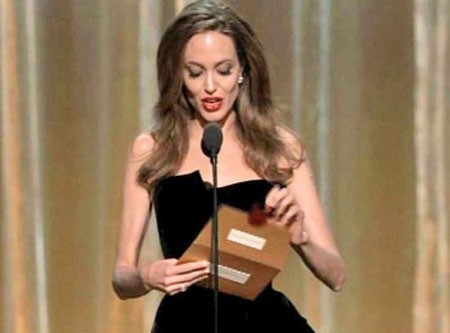 Hollywood actress and activist Angelina Jolie has had a double mastectomy to reduce her chances of getting breast cancer, saying she hopes her story will inspire other women fighting the life-threatening disease. The Oscar-winner who lost her mother, Marcheline Bertrand, to cancer in 2007 at the age of 56 disclosed that she carries an inherited gene mutation, and decided to have the preventive double mastectomy surgeries because she had a high risk of developing breast and ovarian cancer. The mother of six children – three adopted and three with Brad Pitt, who was at the Pink Lotus Breast Center in Southern California for ‘‘every minute of the surgeries.’’ Jolie finished three months of medical procedures at the end of April.

Many women have chosen preventive mastectomy since genetic screening for breast cancer was developed, but the move and public announcement is unprecedented from a star so young and widely known. Jolie stated in the New York Times article ‘‘My mother fought cancer for almost a decade and died. She held out long enough to meet the first of her grandchildren and to hold them in her arms. But my other children will never have the chance to know her and experience how loving and gracious she was.’’

The risk of developing cancer due to the gene varies, but Jolie says “My doctors estimated that I had an 87 percent risk of breast cancer and a 50 percent risk of ovarian cancer, although the risk is different in the case of each woman,” wrote Jolie. The actress decided to take control of her health and have the surgeries, which decreased her chances to fewer than 5 percent. A mastectomy is an operation that removes all or part of the breast; however, the question remains what or if any preventive actions will be taken for the 50 percent risk of ovarian cancer.

She briefly addresses the effects of the surgery on the idealized sexuality and iconic womanhood that have fueled her fame. ‘‘I do not feel any less of a woman,’’ Jolie writes. ‘‘I feel empowered that I made a strong choice that in no way diminishes my femininity.’’

Jolie is a brave woman to be so proactive and enduring the preventive surgery that could have ultimately saved her life for her children sake. “I can tell my children that they don’t need to fear they will lose me to breast cancer,” Jolie said. We all can continue to pray that she seeks medical guidance ensuring they will never lose their mom to ovarian cancer since the risk it at a high percentage. In telling her story, Jolie acknowledged that surgery might not be the right choice for every woman and that’s why we urge anyone who is worried about their risk of breast cancer to talk it through with their doctor and at least the topic of cancer will continue to bring awareness to a very serious illness involving woman.

Was this a brave decision by Angelina Jolie? Could you take any necessary action for your children? Share your thoughts?